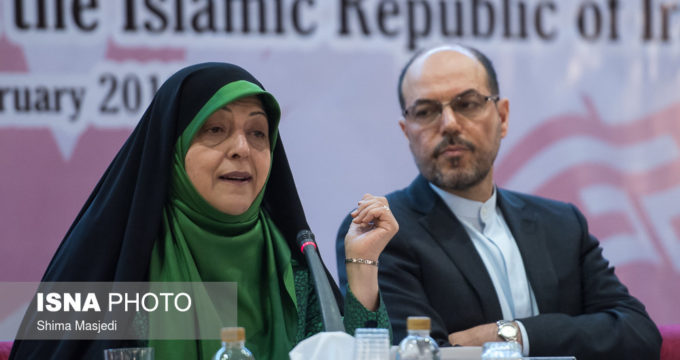 Rouhani wants women in third of state management roles by 2021

Bloomberg | Ladane Nasseri: President Hassan Rouhani ordered a third of government managerial jobs to be filled by women within three years, in what would be a significant break with a so far disappointing record on attacking gender discrimination in Iran.

“We have been making plans toward this goal,” Vice-President for Women’s and Family Affairs Masoumeh Ebtekar said on Monday in announcing the plan, according to state-run Mehr news agency. “If it materializes, it will be a considerable achievement for women.”

Rouhani has regularly promised to expand job opportunities for women, and called for rules making the wearing of the veil mandatory to be relaxed. But he drew criticism from activists after failing to expand the female presence in his cabinet after winning a second term last year; while conservatives have opposed a loosening of social rules, saying it would lead to immoral behavior and showed a disdain for religious beliefs.

Protests this year over slow improvements to Iran’s economy and the veil laws have raised pressure on the president, who in a change to tradition used his speech on Sunday’s anniversary of the Islamic Revolution to urge greater personal freedoms.