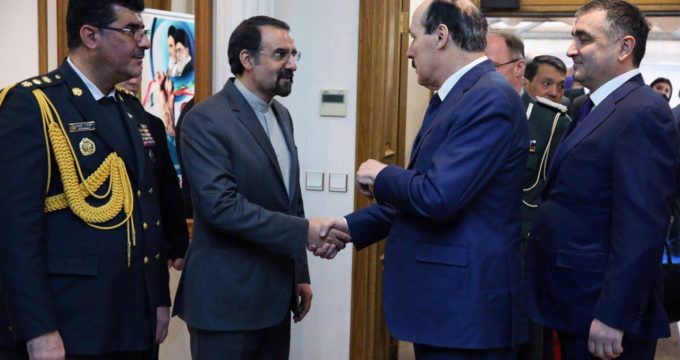 IRNA – A ceremony celebrating 39th victory anniversary of the Islamic Revolution was held in Moscow late on Saturday with a number of Russian cultural and political figures and foreign diplomats in attendance.

During the ceremony hosted by Iran’s Ambassador to Moscow Mehdi Sanaei at Iran’s Embassy, top-ranking Russian officials congratulated the 39th victory anniversary of the Islamic Revolution.

The ambassadors of over 30 countries to Moscow, military officials of Russia and military attaches of various countries took part in the ceremony to congratulate the auspicious event.

The 1979 Islamic Revolution toppled the US-backed autocratic regime in Iran and the Iranian nation celebrate the auspicious occasion every year.