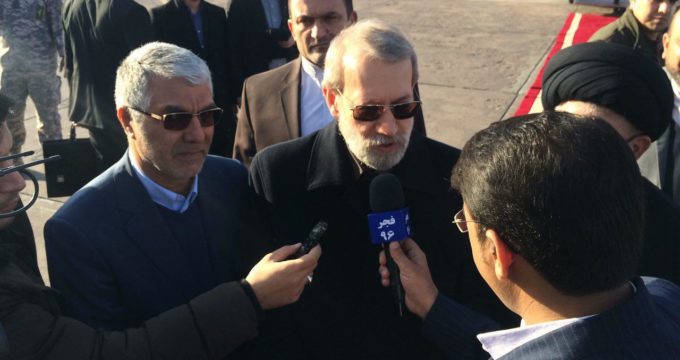 Iranians do not need outside custodians: Speaker

IRNA – Iran’s challenges will be solved through its people’s resolution, and Iraninas do not need any guardian from outside the country, Iran’s parliament speaker said on Sunday.

‘People, at their own volition, are trying to lead the country toward progress, welfare, and security,’ Ali Larijani said upon arriving in Shiraz.

‘Their presence is a valuable support for the country’s move,’ he said, expressing hope that all Iranians will be united in the march toward the same goal.

Larijani arrived in Shiraz to take part in the rallies to mark the 39th anniversary of the Islamic Revolution.

The speaker of Iran’s parliament will also attend inauguration ceremonies of development projects, including phase 2 of Shiraz subway.