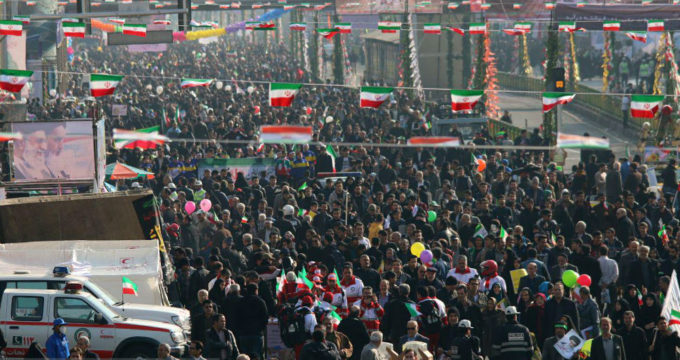 Press TV – Millions of Iranians are taking to the streets nationwide today to mark the 39th anniversary of the Islamic Revolution in 1979.

People from all walks of life rally in different cities and towns across Iran each year to celebrate the nation’s victory that put an end to the monarchical rule of the US-backed Pahlavi regime.

Each year on the 22nd of the month of Bahman on the Persian calendar, Iranians turn out to renew their allegiance to the Islamic establishment and Imam Khomeini, the late founder of the Islamic Republic.

This year’s rallies come amid US President Donald Trump’s hostile policies on Iran, ranging from his warning that he might ultimately “terminate” the 2015 nuclear deal to his meddlesome stance on some scattered riots in Iran recently.