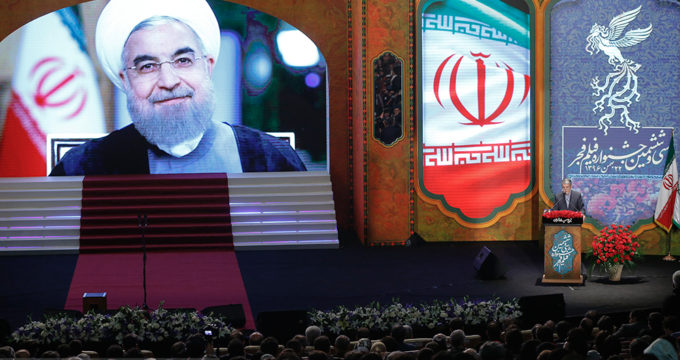 Iran’s cinema should try to increase its share from other countries’ culture and arts and also the global film industry, he said in a message to the closing ceremony of the 36th edition of Fajr International Film Festival.

‘We should promote our instruments, capabilities and capacities at the national and international levels on a daily basis.’

He also urged active presence of Iranian cinema in the global cultural diplomacy.

The 36th Fajr International Film Festival opened 1 February 2018 and the closing ceremony was held on 11 February in Tehran’s Milad Tower.