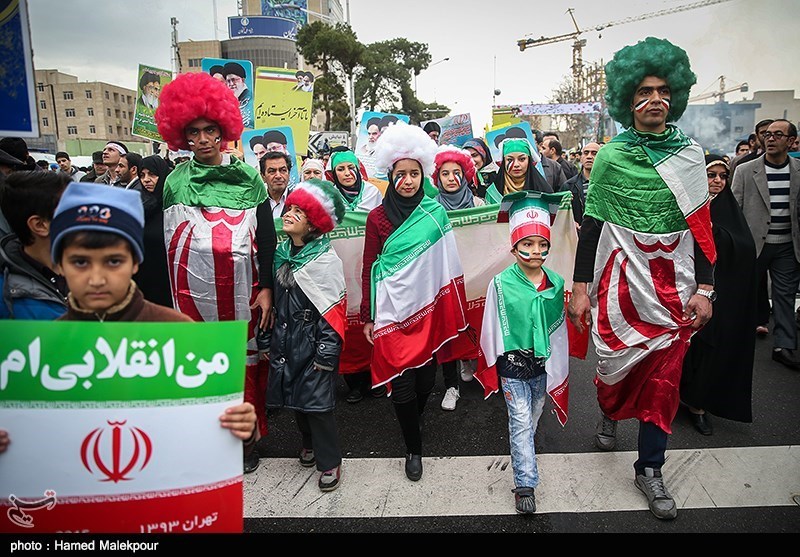 Tasnim – A political analyst and author based in London said despite recent efforts by some Western states to sow discord among the Iranian people and their government, the turnout in the upcoming rallies on the anniversary of the 1979 Islamic Revolution would be “unprecedented”.

“In the light of recent events, and an attempt yet again by Western capitals to sow doubt as to the nature of Iran’s system of governance in terms of its legitimacy, I would expect an unprecedented show of support,” Director of Programs at Shafaqna Institute for Middle Eastern Studies Catherine Shakdam said in an interview with the Tasnim News Agency.

“To assume weakness on the part of Iranians on account they have suffered economic hardship would be to dismiss the resolve the nation holds when it comes to its desire to remain independent and sovereign within its territories,” she noted.

Shakdam is an expert commentator and political consultant. Her writings have appeared in Foreign Policy Association and the Guardian among many other media outlets. Catherine is also the co-founder of Veritas Consulting.

Tasnim: As you know, the Iranian people toppled the US-backed Pahlavi regime 39 years ago, ending the 2,500 years of monarchic rule in the country. Since then, on February 11 each year, Iranians from every walk of life pour into the streets in their millions to commemorate the great victory of the Islamic Revolution and voice their support for the country’s establishment. The rallies held across Iran in recent years on the anniversary of the victory of the Islamic Revolution have remained in place despite some ups and downs, including economic difficulties created for the people by the US sanctions. In your opinion, what are the factors behind the people’s massive presence in the rallies and how do you predict the turnout in the upcoming marches due to be held next Sunday?

Shakdam: In the light of recent events, and an attempt yet again by western capitals to sow doubt as to the nature of Iran’s system of governance in terms of its legitimacy, I would expect an unprecedented show of support. Iran’s Islamic Revolution, the principles it came to enact against the savagery of imperialism and authoritarianism are pertinently relevant today. To assume weakness on the part of Iranians on account they have suffered economic hardship would be to dismiss the resolve the nation holds when it comes to its desire to remain independent and sovereign within its territories. 1979 was more than just the deposition of an unjust regime, it was a grand cry of emancipation from foreign meddling, economic interventionism, and institutional despotism. I think it is relevant to attest to the courage and dedication Iranians demonstrated towards the principles of the Islamic Revolution. Regardless and despite the many grave difficulties that were thrown their way, the people never wavered in their support.

It was the people who carried the Revolution, the people who faced the forces of the Shah, and the people again who allowed for the revolution to survive war, isolation and sanctions. It would be foolish to believe that a people capable of such a feat could simply forget history for the sake of convenience. There is an underlying drive to the Revolution which remains rooted in sacrifice I feel too few really understand.

Tasnim: After the 1979 Islamic Revolution, Iran has managed to stand up against the US hostility and presence in the region and insisted on its independence. Iran has also made positive impacts on some regional countries through adopting anti-imperialist policies. What are the reasons behind Iran’s increasing impact on the countries despite US pressures?

Shakdam: Quite simply because Iran remains the only country to have asserted itself outside the reach of western neo-imperialism and globalism by remaining true to its system of governance – a system of governance its people support. In that respect, Iran sits a true popular democracy. Maybe not to the liking of western capitals, but a popular democracy nevertheless. Beyond that, we need of course to consider the fact that Iran inspired a grand resistance movement against radicalism. If not for Iran’s intervention in Iraq and Syria, it is likely the region would have incurred more losses to the blades of Daesh armies. Iran has served both as a model and as an inspiration for nations across the region. It has done so by promoting political self-determination, human rights, democracy and sovereign nationalism on principles. Again… how many nations can pride themselves of such a feat when all we hear is that politics must be ruled by pragmatism? Iran … however difficult it has been, has always retained the moral high ground. It is those choices, which ultimately generated trust among the people. Rather than exist in belligerence, Iran has chosen to exist in denunciation of oppression. There is great power in this! And so nations have of course been inspired to use Iran as a model to attain socio-political liberation. Iran’s influence is not limited to the Islamic world by the way … from Asia, to Africa and South America, Iran’s footprint can be felt.

Shakdam: The world would be a very different place indeed … I believe we would be poorer for it. Iran would still likely sit under the yoke of a tyrant whose only ambition was to further line up his pockets and deprive his people of all freedom in the name of modernization. Sure Iran would enjoy the title of friend at Western capitals’ table but to what cost? If we look back at the trajectory Iran was engaged on, it is easy to see how Iran’s natural resources, its tradition, history, and faith would be under complete occupation.

Beyond that, the region would also look very different. Iran inspired Resistance well beyond its borders. It allowed Palestinians to formulate a stand against Israel, it inspired Lebanon to oppose military occupation and empowered millions to think themselves free. Iran’s Islamic Revolution has been instrumental to regional and world dynamics to such an extent that one shivers at the idea it could never have been.