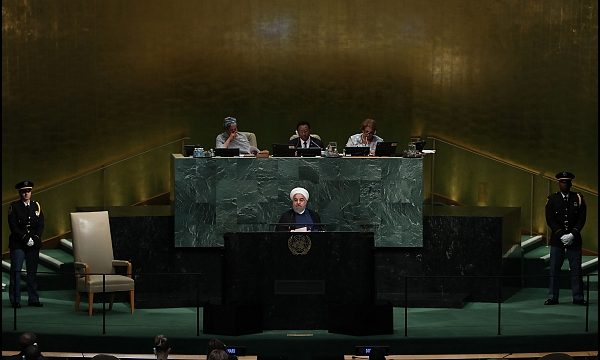 Tasnim – The deputy head for communications and information at the Iranian president’s office dismissed as “a sheer lie” a recent claim that President Hassan Rouhani attended a private dinner with three Democratic congressmen in the US in 2013.

Each year when President Rouhani pays a visit to the United Nations’ headquarters in New York, he attends numerous meetings with various political groups, Parviz Esmaeili said on Saturday.

The meetings are in line with Iran’s public diplomacy with the aim of conveying the country’s message and foreign policy principles, he added.

“The claim on a private meeting or ‘private dinner’ of the mentioned individuals with Rouhani is a sheer lie,” Esmaeili said, adding that in his annual visits to the US, the president only attends a dinner party with the Iranian expatriates in the US.

Local reports in the US said on Friday that three Democratic congressmen attended a private dinner hosted by Rouhani in 2013.