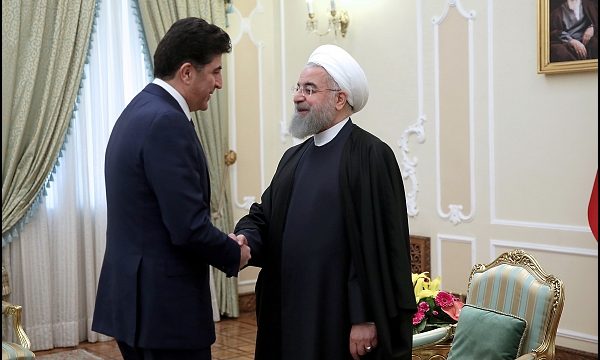 Iraqi Kurds maneuver to get closer to Iran

Al-Monitor | Fazel Hawramy: Iraqi Kurds have given reassurances to Tehran that they will not allow Kurdish opposition groups to launch cross-border attacks from Iraqi Kurdistan, a major development in the warming up of relations between Erbil and Tehran. This comes as ties reached a breaking point following the controversial Sept. 25 independence referendum in Iraqi Kurdistan.

“We cannot tolerate the fact that some counter-revolutionary groups use the Kurdish lands to kill our soldiers and citizens, [then] return to the areas under the [Kurdistan Regional Government‘s (KRG)] control and claim responsibility with audacity in interviews with the official Kurdish media,” Ali Shamkhani, the secretary of Iran’s Supreme National Security Council, reportedly told a Kurdish delegation headed by KRG Prime Minister Nechirvan Barzani on Jan. 21.

The KRG came under a crippling economic blockade and political pressure following the September referendum, with KRG officials now trying to repair relations with Baghdad and neighboring countries — including Iran, a key player with a long land border with the Kurdistan Region and enormous clout in Baghdad.