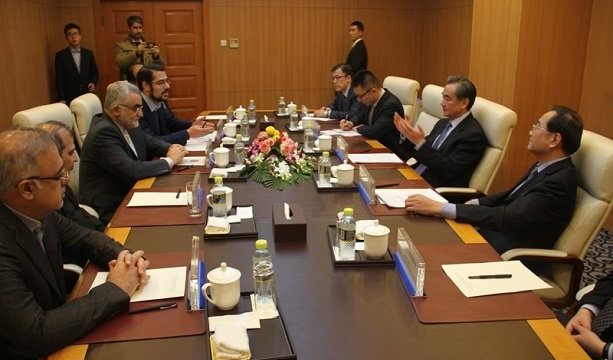 “China fully supports the JCPOA on the Iranian nuclear program and believes that all interested countries should cooperate to ensure the implementation of the agreements reached,” Chinese Foreign Minister Wang Yi said at the meeting held in Beijing on Wednesday.

Boroujerdi pointed out that “Tehran is very appreciative for Beijing’s fair and firm position on the Iranian nuclear program, and is willing to abide by the full implementation of the nuclear agreement.”

The two sides also exchanged views on a series of regional and global issues, including terrorism and the plights of people in Syria, Iraq and Yemen.

Also on Thursday morning, Boroujerdi held talks with the Chairman of the National People’s Congress Foreign Affairs Committee, Fu Ying, during which the two diplomats highlighted the historical ties between the two countries, as well as their shared views on many international issues.

Boroujerdi arrived in Beijing late on Wednesday at the head of a delegation for talks with Chinese officials. Prior to the meeting with Chinese foreign minister, Boroujerdi held talks with managing director of Chinese Railway Company to discuss Chinese investors’ participation in Iran’s railway projects.

He will make a visit to Shanghai Special Economic Zone on Friday.