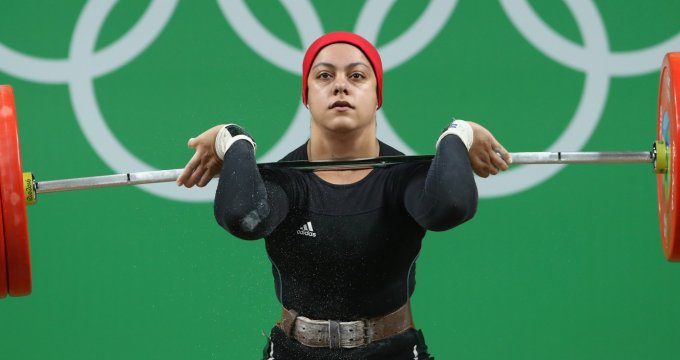 Financial Tribune- The sporting community in Iran has expanded the space for women by introducing two new fields.

On February 4-5, Iran Weightlifting Federation held the first ever round of competition for women to select the best for the national team which is taking shape for the first time in the country, Varzesh3 reported.

It was last March that the federation started training women weightlifters and it took less than one year for the federation to officially launch the games with permission from the of Ministry of Sport.

Female weightlifters from across the provinces took part in the competition and those selected will take part in training camps to get ready for international tournaments.

Ali Moradi, president of the federation, said an inspiration for Iran was Sara Ahmed’s bronze-medal for Egypt at the Rio Olympic Games in 2016.

“Sara Ahmed was the first Arab woman to win an Olympic medal, that was the big push for us,” said Moradi, who hopes to see Iranian women competing in the 2020 Summer Olympics in Tokyo, Japan.

Reyhaneh Tariqat, head of women’s affairs in the weightlifting federation, said “women’s weightlifting league will be launched in the next Iranian year (starts in March). We are also planning for the first national cup”.

To back the move, the federation held the first edition of the national games from which the national team was formed.

The measure was not limited to Iran’s borders. Based on a proposal by Iran, the UWW confirmed the women classic style wrestling and released a set of rules for the games availing the future international games.

The rules also defined the exact details for holding matches and gave freedom to each country to choose the way of dressing based on their culture codes among the possible options derived from UWW studies on the hijab and dressing codes in Islamic countries.

Tehran will host the World Women Classic Style wrestling games July 12-13 based on the UWW calendar.