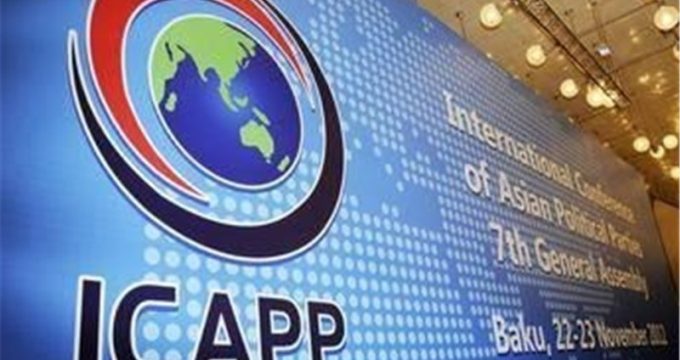 February 7, The Iran Project – The 29th Meeting of the International Conference of Asian Political Parties (ICAPP) Standing Committee, and the 2nd Special Conference on the Silk Road wrapped up in Tehran on Feb 4, 2018.

Shafe’ei said that revitalization of Silk Road can be the guarantor of national interests, noting that Silk Road can reach from Iran via three land routes and one sea route, so that Silk Road was the largest trade and commercial route until 15th century, because, Silk Road in Iran passes from about 20 main cities, ranging from northeast to northwest.

Shafei stressed the need for Iran to boost its presence in international markets and reiterated the country should double its efforts to promote economic ties with world countries, Europeans in particular.

Regarding the economic relations, the European side has also undeniable interests in the Islamic Republic, he said.

Meanwhile, Asgaroladi proposed that the committee can convene every three or six months to get the economic activists acquainted with each other, adding that Asia has been awakened and said, “We also have been awakened. After victory of the Islamic Revolution in 1979, we felt such an awakening.”

Ale-Eshaq said political, economic, and cultural issues show that the world needs to have commercial and political ties with the Middle East to settle.

“The Middle East has had very important role in the world and the daily news shows that the most important political, economic, cultural, and social events happen in the region,” he added.