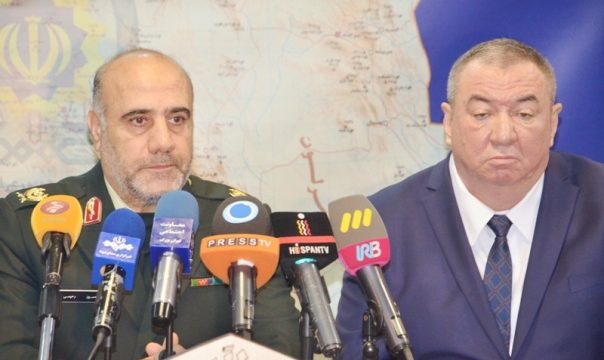 IRNA – Tehran Police Chief Brigadier General Hossein Rahimi said on Monday that the exchange of information between Tehran and Moscow’s police help broaden scope of cooperation and boost both sides’ capabilities in the sector.

Police in Tehran and Moscow are very capable and powerful to prevent occurrence of crimes and offenses and exchange of information in the sector will play vital role in broadening such cooperation, he said.

Rahimi said in a meeting with his Russian counterpart at Tehran’s police headquarters on Monday.

The five-member Russian delegation visited Tehran’s police headquarters and closely became acquainted with capabilities of the Iranian police, he said.

In the meeting, they also exchanged views on maintaining security of the upcoming football world cup to be hosted by Russia.

The two sides can enjoy each other’s experiences in the field and also can increase cooperation in fight against drug trafficking, offences and extremism, said head of Russian delegation.