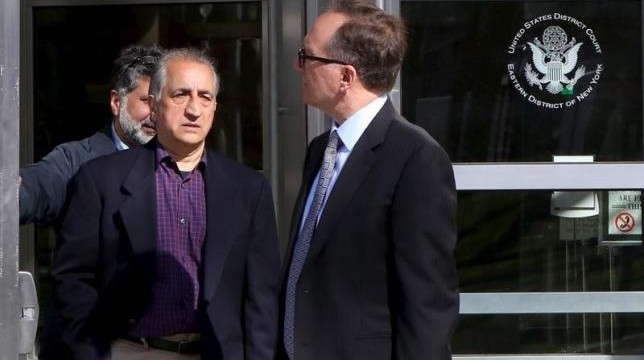 Accusations on Iranian national in US baseless: Spokesman

IRNA – The spokesman of Iran’s Foreign Ministry dismissed the accusations against an Iranian national in the US as ‘baseless’ and ‘inadmissible’.

Bahram Qasemi at his weekly briefing session on Monday said that the conviction of Sheikhzadeh is in line with previous US policies in pressuring Iranian nationals in the US and other countries.

Referring to the accusations as ‘baseless’ and ‘inadmissible’, he said that the conviction shows the extent to which the accusations are unacceptable and in line with the psychological war the US has waged on Iranian nationals.

He noted that such behaviors and arrests will not get anywhere, and the US is required to review the wrong policy immediately, set the imprisoned Iranians free, and avoid prosecuting them in other countries.

Commenting on the latest enquiries on the fatal shooting of Bijan Ghaisar, the Iranian national in the US, Qasemi said, the case is an important one for Iran as the Foreign Ministry cares about the situations of all Iranian citizens across the world.

Given the unfair, discriminatory treatment of the Iranian national, he said, ‘we will pursue the case; however, due to the obstacles the Americans made on the case, the efforts have not had any result.

‘We will follow the case seriously to restore his and his family’s rights,’ he said.

As to the reports on normalization of relations between some countries in the region and the Zionist regime, the spokesman said, ‘The move is considered a betrayal to the Muslim world.’

‘The Saudi Arabia’s attempt to normalize relations with the occupying regime of Israel is a treason that undermines the cause of Palestinians,’ he said.

‘The Muslim world will respond duly to the uncalculated, unwise move of the Saudi government, and they cannot fix their distressed situation by such moves,’ he said.