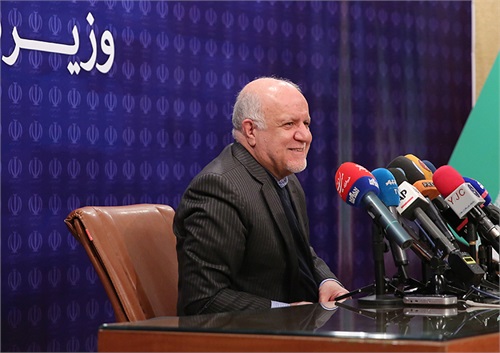 SHANA – Iranian Minister of Petroleum Bijan Zangeneh strongly denied any oil-for-arms deals by Iran with another country, saying such claims are a mere lie.

Addressing a press conference on Sunday, Mr. Zangeneh said, “This is a flat-out lie and there is no connection between Iran’s oil sales and the purchase of weapons for the country.”

The official added: “Buying of weapons takes place in accordance with the country’s policies, so do oil sales, and there has been no barter in this regard.”

“We receive the oil money in euros from China, but transferring this cash to other banks is difficult,” he said about the way Iran receives its oil money from its buyers.

“Koreans also pay part of the money in euros, but they insist on paying a portion of the money in won, and negotiations will be held in this regard because this is not an acceptable process for us and the Central Bank of Iran.”

The Petroleum Minister further touched on the contract for the sale of gas to the Norwegian company IFLNG, saying, “The contract signed in this regard was not final and was rejected at the approval stage. That is, the contract has now been canceled.”

Production in the Caspian Sea is a national issue

“In the deep waters of the Caspian Sea, which have no access to high seas, Iran alone can not carry out drilling operations. Because if the smallest thing happens, it will have many consequences. This should be seriously taken into consideration,” he noted.

In response to a claim that Iranian money was blocked in some countries, Zangeneh said, “India owed us 2,400 million euros, of which they have so far settled €900 million of their debts, will pay another €1,000 million in April or March, and €500 million in the future. This is to say that the fate of the country’s oil money has been determined.”

He added: “We do not have any blocked money in China, and our money is in a bank which needs some fees for receiving it. We’ve been negotiating this matter, but it’s not done yet. I do not know if any sums have been blocked elsewhere.”