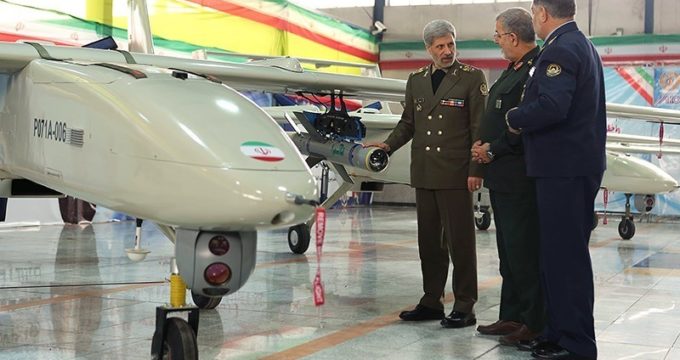 Iranian security forces have shot at and wounded a man who was trying to illegally enter the Iranian president’s office while carrying a machete and wearing a shroud.

Iranian Minister of Petroleum Bijan Zangeneh strongly denied any oil-for-arms deals by Iran with another country, saying such claims are a mere lie.

UNHCR thanks Iran for facilitating education for Afghan children

Iranian President Hassan Rouhani said on Monday that people cannot live with air pollution and ‘we cannot be indifferent to the problem.’

‘Iran, Russia, Iraq, and Syria quadrilateral center of intelligence’ in a meeting here emphasized the continuation and strengthening of combat against Daesh and other terror groups.

Iran won’t let sanctions be re-imposed and US Presidents Donald Trump is ‘flogging a dead horse’, said the Secretary of the Iran’s National Security Council reacting to Trump’s remarks against the 2015 nuclear deal.

The number of flights crossing Iran’s sky has increased by three times over the past years thanks to the country’s airspace security, said the Commander of the Iranian Army’s Khatam al-Anbia Air Defence Base.

Iran has no knowledge about a European troika working group concerning the 2015 nuclear deal or Joint Comprehensive Plan of Action (JCPOA), said the spokesman of the Iranian Ministry of Foreign Affairs on Monday.