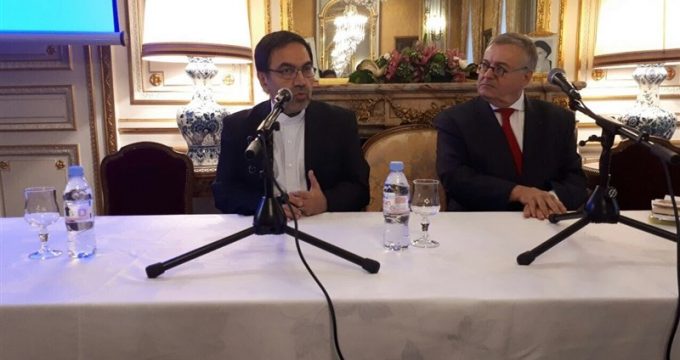 IRNA – Iranian ambassador to France in an interview in Paris said the US, as one side of the July 2015 nuclear deal, has changed its way and ‘swims against the current’.

Fortunately, the other sides including France have been committed to the deal and declared there is no way to change the JCPOA, Abolqasem Delfi said in an interview with France 3, the second largest French television channel.

The nuclear deal has been the basis of fulfillment of the economic agreements, Delfi said while talking of the 2015 deal, officially known as the Joint Comprehensive Plan of Action (JCPOA), signed between Iran, EU, and the world powers — US, UK, France, Russia, China and Germany.

All should be loyal to the JCPOA, he stressed.

US President Donald Trump has said that he will withdraw from the deal if changes are not made. But top Iranian officials have repeatedly said that the July 2015 deal is nonnegotiable and will not be renegotiated.

Also referring to the January 2016 visit of the Iranian President Hassan Rouhani to France, Delfi said the visit prepared the ground for acceptable conditions for bilateral cooperation in the political, cultural and economic areas.