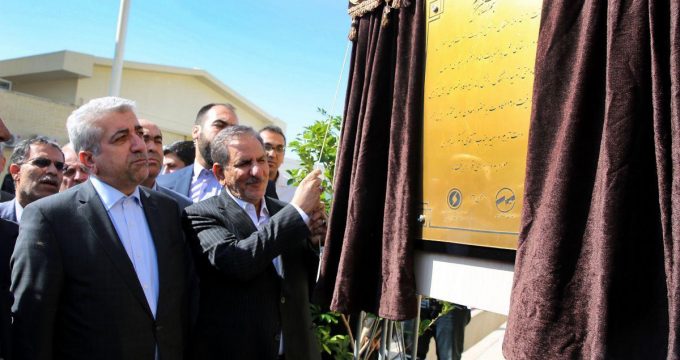 The power plant was opened in an official ceremony attended by Iran’s First Vice-President Es’haq Jahangiri and Minister of Energy Reza Ardakanian.

With a nominal capacity of 10MW, the solar power plant has been financed by the joint investments of Iran’s private sector and a German investor.

Based on the contracts signed between the parties involved, the purchase of the power produced in Yazd solar power plant will be guaranteed for 20 years by Iran’s Renewable Energy and Energy Efficiency Organization.

The project to build the solar power plant began in June 2017 with an overall investment of IRR 500 billion [about $11 million].

With the first largest gas reserves and the fourth oil reserves in the world, Iran is a global hydrocarbons giant. The Iranian policymakers, however, are very eager to develop renewable energies to increase energy security, reduce the country’s dependence on hydrocarbons, and realize its growth targets in electricity demand.

Iran’s topography is quite appropriate for renewables and that makes the fulfillment of these objectives pretty realistic and probable for the Iranian government.

Iran enjoys a great diversity in its climate and vast arid regions. The southern, northwestern and southeastern regions of Iran receive around 300 days of sun per year, and thus are uniquely suitable for solar energy production.

According to the data released by Iran’s Vice-Presidency for Science and Technology, the government has given particular priority to the country’s central regions, including Yazd, due to its climate and proximity to the national power grid.

With the recent removal of sanctions, Iranian companies now have greater access to a wider range of increasingly sophisticated solar technologies and financing to purchase and develop them. The immediate benefits will be rapid installation of technologies and, in the long-term, the country is likely to gain the ability of producing a significant amount of its solar infrastructure domestically.