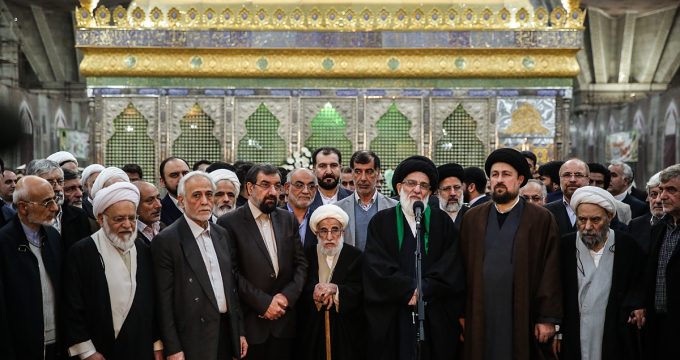 IRNA – Chairman of the Expediency Council Ayatollah Seyyed Mahmoud Hashemi Shahroudi and the EC members attended the late Imam Khomeini’s mausoleum on Wednesday to pay homage to the founder of the Islamic Revolution and the martyrs.

The Iranian people toppled the US-backed Pahlavi regime 39 years ago, ending 2,500 years of monarchy in the country.