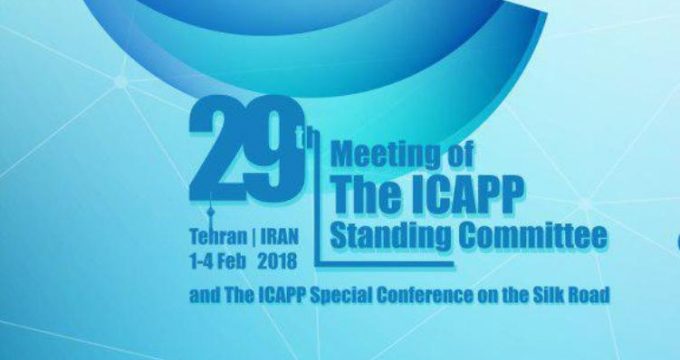 Addressing the meeting, Araqchi said the Americans did not intend to abide by the letters of the JCPOA from the very beginning, adding that the new US government intended from the very first to violate the deal and Trump has recently asked the Europe in non-diplomatic words to join US in opposing Iran.

“This conference enjoy the contribution of more than 350 active Asian political parties and the experience of the last 18 years, so it is a valuable Asian entity which can help the resolution of problems in different parts of this ancient continent,” Araqchi stated.

Talking to reporters, Araqchi said that US efforts to file against Iran at the Security Council of the United Nations have failed.

Referring to the banquet held in Washington by Trump and Nikki Haley inviting the diplomats representing member states of UNSC to show missiles claimed to be shot by Yemenis against KSA, he  described the event as a propaganda show featuring pieces from a not-known place.

Meanwhile, al-Qaddumi regretted the lack of justice due to the Zionist regime’s continuing atrocities and oppression supported by the US.

“The laws are made based on belief and faith. Islamic rules will be completely implemented in a society just when justice is implemented there before,” he added.

Also, Ali Nafi noted that dealing with problems caused by extremism is very difficult, adding that unfortunately, a movement has been born in the world to spread Islamophobia but the number of Muslims is multi-fold of them and specifically these extremist have not been successful on their agenda.

The Afghan politician asserted that extremism has roots in injustice and illiteracy, adding that extremist movements take advantage of religion and religious teachings instrumentally to excommunicate the followers of all other faiths and Islamic sects.