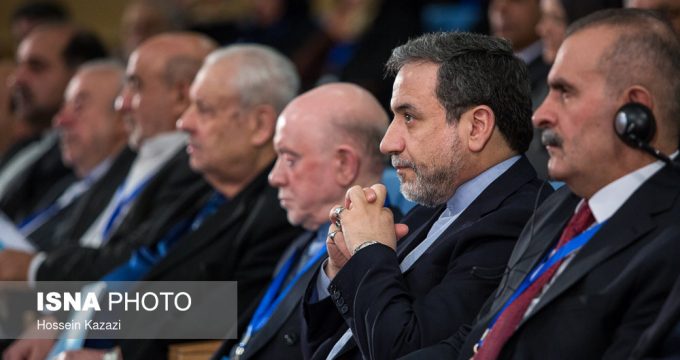 IRNA – Iran’s deputy foreign minister on Friday termed the US’ recent anti-Iran moves as ‘show-off’ and ‘cowardly’ that will not yield any result.

Speaking to reporters at the 29th Meeting of the International Conference of Asian Political Parties (ICAPP) and the 2nd Conference of the Silk Road in Tehran, Abbas Araqchi said the US ambassador to the United Nations in displaying parts of missile and attributing them to Iran was a ‘show-off.’

Ambassador Nikki Haley hosted a lunch on Monday at the White House, attended by Trump, at which she displayed parts of the missile, allegedly manufactured by Iran, to her counterparts in the UN Security Council.

She had earlier showcased some pieces of missile and weapons claiming that Tehran has violated the UN Security Council’s resolutions by sending the missile to Yemeni Ansarollah forces.

‘We consider them as show-off and cowardly moves, and displaying something that does not exist,’ Araqchi said.

‘The Americans have tried hard in the past to put Iran’s case on the table of the UN Security Council, but their attempt has not borne fruit yet,’ he said.

The more they resort to Iran’s missile program or even the riots in Iran, the more isolated they became on the international arena, Araqchi said.