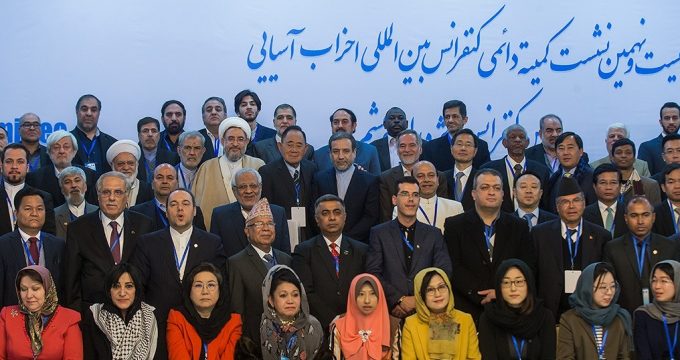 IRNA – Iran’s deputy foreign minister for political affairs called on the Asian political parties to beware of the US attempt to thwart the nuclear deal Iran and the world major powers signed in 2015.

Speaking at the The 29th Meeting of the International Conference of Asian Political Parties (ICAPP) Standing Committee in Tehran, Abbas Araqchi said the US has partly breached the nuclear agreement, despite Iran’s full commitment to the deal.

Iran and the major world powers signed the agreement known as the Joint Comprehensive Plan of Action (JCPOA) in 2015. Under the agreement, the economic sanctions against Iran are removed in exchange for a curb in Iran’s nuclear program.

In its recent statement, he said, the US administration has called on the European countries in a non-diplomatic voice to accompany Washington in killing the deal; therefore, the Asian parties and participants in the conference should stay vigilant.

Acknowledging the support by the secretary general of the committee, he said that Iran entered the negotiation with the goal to alleviate the fabricated nuclear crisis, to remove the distrust, and to reach a win-win deal.

‘Iran has been fully in compliance with the deal during the past two years since its implementation in 2016, and this is verified nine times by the International Atomic Energy Agency (IAEA), and four times by the United Nations secretary general,’ Araqchi said.