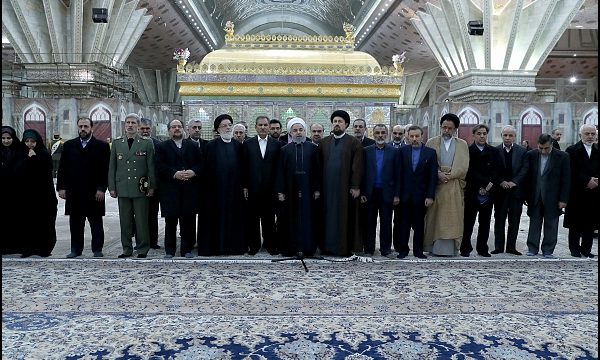 His comments came Wednesday, just hours after President Donald Trump said the U.S. stands with the people of Iran against the country’s ruling establishment. Rouhani spoke during a visit to the mausoleum of the Ayatollah Ruhollah Khomeini, the founder of the Islamic Republic.

Rouhani said in remarks broadcast by state TV: “The Iranian nation will never give up Imam Khomeini’s legacy; Islamism and Republicanism. Return is impossible.”