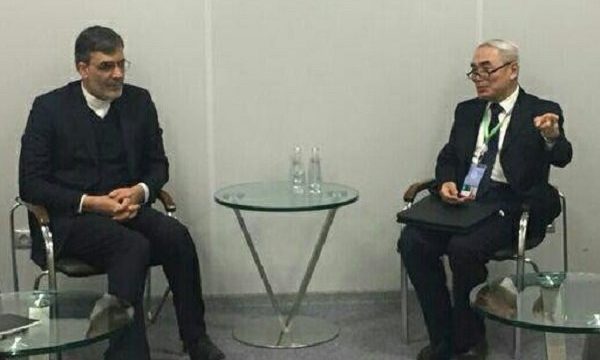 MNA– On the sidelines of the Syria talks in Sochi, Russia, Iranian FM’s Special Assistant in Political Affairs met and talked with China’s special envoy for Syria Xie Xiaoyan.

Also in the meeting, the two sides emphasized the need for cooperation between Iran and China to end the Syrian crisis and an effective fight against terrorism.

Iranian FM’s Special Assistant in Political Affairs who is also Iran’s senior negotiator in Syria talks participated at the opening ceremony of the Syrian National Dialogue Congress underway in Sochi.

January 30, 2018
US as the sheriff of paralyzed minds in Mideast
Only Syrian people may define country’s future – Putin at Sochi Congress