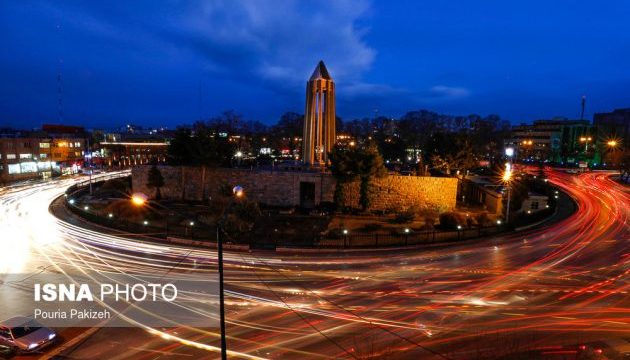 Financial Tribune- Following the illegal destruction of ancient structures in Kababian historical district of Hamedan Province, locally known as Chaman Kababian, the city council has apologized to residents and promised that the municipality will restore the impaired structure.

On January 14, Hamedan Municipality flattened three historical mansions, namely Shams and Bahrami structures, dating back to Qajar Dynasty (1785-1925) and Ekhlasi mansion belonging to Pahlavi era (1925–79), which were the most intact in comparison to other ancient elite houses, ISNA reported.

Reportedly, the demolition was intended to make way for the construction of a multi-storey car park and expansion of green spaces.

According to Hossein Zandi, a cultural heritage activist, during meetings held last week, authorities agreed to restore the demolished sites in Kababian district using indigenous elements and material, in an effort to preserve the local texture of the region.

Hossein Moradi, Hamedan’s mayor, refused to apologize but agreed to abandon the controversial parking project, albeit with doses of contempt.

“Those who protest when historical buildings are harmed should also show appreciation when positive measures are taken by the municipality with regard to heritage sites,” he was quoted as saying. He sounded as if the municipality was some favor to the people by doing its duty in taking care of the city’s heritage.

Earlier in 2016, a scheme for restoring semi-ruined historical structures was launched jointly by the Urban Development and Revitalization Organization of Iran and Bu-Ali Sina University in Hamedan Province, with a fund of 30 billion rials ($680,000) allocated by the Ministry of Roads and Urban Development.

Feasibility studies on the restoration project were underway until Moradi took office as Hamedan mayor in October 2017 and adopted new policies regarding the critical issue.

It turned out that the historical properties were purchased by the municipality and it decided to convert the buildings into parking spaces.

In response to protests, Ebrahim Molavi, the head of Hamedan’s City Council, declared that the destroyed structures were of no historical value, “otherwise cultural heritage headquarters wouldn’t have issued the demolition permit”.

According to the official, none of the destroyed mansions was inscribed on the National Heritage List.

“The buildings were deemed timeworn and even dangerous for public security. They also hampered urban construction,” he said.

Ali Malmir, the head of provincial office of Iran’s Cultural Heritage, Handicrafts and Tourism Organization, did not confirm the issuance of permits and vaguely stated that the demolition in Chaman Kababian was illegal.