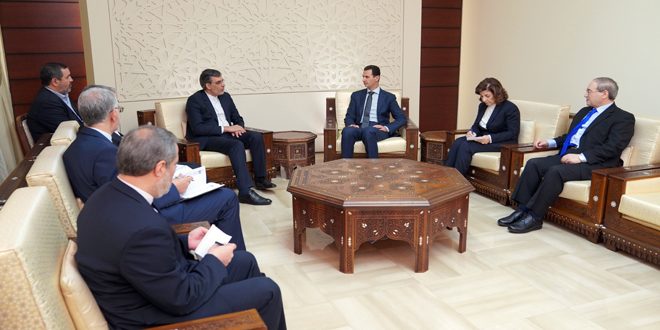 Iran Supreme Leader Ayatollah Ali Khamenei has instructed the Revolutionary Guard Corps to decrease its investment participation in the state economy, raising the possibility that some of the organization’s holdings may be privatized.

President: Fluctuations in foreign exchange rates will not last long

President Hassan Rouhani said on Monday that the fluctuations in foreign exchange rates would not last long and the country faces no hard currency shortages.

The Iranian naval forces for the first time tested the home-made long-range Qadir cruise missile during the wargames underway in the Sea of Oman on Tuesday .

The black box of the Iranian sunken oil tanker “Sanchi” has been opened in the presence of representatives from the involved countries on Wednesday, Iran consul general to Shanghai said.

Iran has captured two large caches of explosives and powerful bombs that were supposed to be detonated in populated areas as part of two terrorist plots, one of them directly designed and led by Saudi Arabia.

The maritime authorities of China, Panama, Iran and Hong Kong on Thursday signed an agreement to jointly investigate the collision that led to explosion and sinking of Iranian oil carrier Sanchi.

A senior Iranian lawmaker has called on the European countries to ‘practically’ support implementation of the July 2015 nuclear deal.

Iran’s Foreign Minister Mohammad Javad Zarif says the US and Saudi Arabia cannot alter the facts on the ground about their sponsorship of Daesh and Iran’s role in defeating the Takfiri terrorist group.

President Bashar al-Assad affirmed that Syria is bent on pushing ahead with counter-terrorism aided by friendly countries, namely Iran and Russia that sets the stage for a peaceful solution.

Iran and Belarus have signed eight memoranda of understanding expanding from medical cooperation to car manufacture during a joint economic commission on Tuesday in Tehran.

A document released on the website of the US Central Intelligence Agency shows that the Islamic Republic outstrips the United States in terms of reserves of foreign exchange and gold.

Franco-Italian planemaker ATR says it hopes to weather the storm from a new deterioration in US relations with Iran, which could affect business with Tehran.

Billionaire’s Babak Zanjani’s partners have contacted the Iranian Judiciary and said that they were game to pay his debts, but they have not made any payments yet, said the Iranian minister of petroleum on Saturday.

No compensation for Total if it fails to invest in Iran gas project: Min.

Iranian Minister of Petroleum Bijan Zangeneh says Iran will undergo no damages if the French energy major, Total, fails to invest 500 million dollars in a major gas project in Iran by mid-2019.

US President Donald Trump has cautioned his Turkish counterpart to avoid any measures in Syria that “might risk conflict” between the two countries.

Prime Minister Saad Hariri calls Israel the greatest threat to Lebanon’s stability amid reports and speculations that the Tel Aviv regime could be planning a new war against the Arab country.

Peace proposal by US, Saudi Arabia ‘not even worth the ink’: Syria

The Syrian ambassador to the United Nations and head of the government delegation to intra-Syrian peace talks has strongly rejected a proposal offered by some countries, including the US and Saudi Arabia, for the resolution of the Syrian crisis, saying the so-called peace plan is “not even worth the ink.”

A suicide bombing has killed at least 20 people and injured 110 others in the centre of Afghanistan’s capital, Kabul, officials say.

Turkish Foreign Minister Mevlut Cavusoglu says US military forces need to immediately withdraw from Syria’s northern region of Manbij as Turkish troops are engaged in an operation in the Arab country’s Afrin region against militants from the Kurdish People’s Protection Units (YPG).

The 11th Tehran International Tourism Exhibition opened on Tuesday at Tehran’s International Fairgrounds amid a great deal of activities.

Heavy snowfall in Iran’s capital has shut the two main airports of the city while the authorities have announced that all schools across Tehran will also be closed on Sunday.