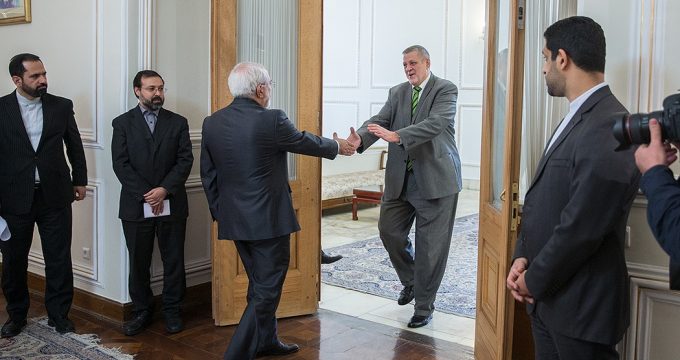 Heavy snowfall in Iran’s capital has shut the two main airports of the city while the authorities have announced that all schools across Tehran will also be closed on Sunday.

The bodies of three crew members of the Iranian oil tanker ‘Sanchi’ which sank off east coast of China have been identified based on DNA tests, according to a report by the secretariat of the committee to investigate the oil tanker incident.

No compensation for Total if it fails to invest in Iran gas project: Min.

Iranian Minister of Petroleum Bijan Zangeneh says Iran will undergo no damages if the French energy major, Total, fails to invest 500 million dollars in a major gas project in Iran by mid-2019.

US says talks with European trio over JCPOA underway

US Secretary of State Rex Tillerson said America’s European counterparts in the 2015 nuclear deal between Tehran and world powers have finally begun talks.

Iranian MPs have started reviewing the proposed budget bill for the next Iranian year as of today.

A video circulated in the Iranian media shows the giant homegrown destroyer Damavand has fully sunk in the Caspian Sea a couple of weeks after it suffered damages during the stormy weather of Anzali Port.

“Iran signs over $40bn worth of MoUs after nuclear deal”

Iranian First Vice-President Es’haq Jahangiri says the value of Memoranda of Understanding signed between Tehran and foreign countries after the implementation of the Iran nuclear deal has surpassed $40 billion.