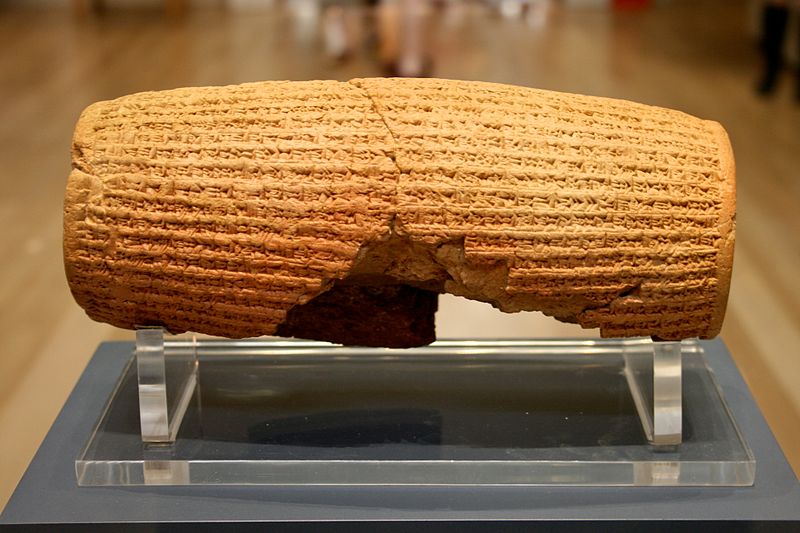 Iranian Cyrus Cylinder to be put on UNESCO Heritage List

IRNA — Cyrus Cylinder will be registered on the UNESCO world heritage list, according to Sousan Asili, Member of the National Committee of World Heritage.

Asili told IRNA that three Iranian works, one of which Cyrus Cylinder, will be enlisted by the UNESCO.

She said the two other works are Sanaie collection of poems and Alfavaed book.

She added that the works due to be registered this year are more than those in the previous years.

The documents of Sheikh Safieddin Ardebili Tomb will be also registered in partnership with France, the UK and Afghanistan.

The clay Cyrus Cylinder is inscribed in Babylonian cuneiform with an account by Cyrus II, king of Persia (559-530 BC). It was created after the Persian conquest of Babylon in 539 BC, when Cyrus overthrew the Babylonian king Nabonidus and replaced him as ruler, ending the neo-Babylonian Empire.

The text of the cylinder denounces Nabonidus as impious and portrays the victorious Cyrus as pleasing to the chief Babylonian god Marduk.

It goes on to describe how Cyrus had improved the lives of the citizens of Babylonia, repatriated displaced peoples and restored temples and sanctuaries.

The Cyrus Cylinder has been called the world’s first declaration of human rights by scholars.