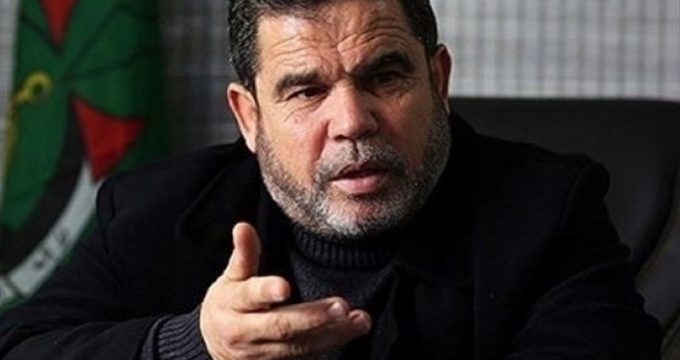 Tasnim – A senior member of the Palestinian Resistance Movement, Hamas, said Iran’s belief in the importance of liberating al-Quds (Jerusalem) is the reason behind the letter of Hamas Political Bureau Chief Ismail Haniyeh to Leader of the Islamic Revolution Ayatollah Seyed Ali Khamenei.

Speaking to Tasnim, Salah al-Brodil pointed to a recent decision by US President Donald Trump to declare Quds as the Israeli regime’s capital and said the reaction of some Arab and Muslim countries to the decision was “weak”.

“In such a situation, Hamas welcomes any power that is capable of making a free decision against the Zionist regime,” the Hamas figure said.

“…Haniyeh’s letter to the Leader of the Islamic Revolution is actually a search for those who believe that the liberation of Quds is a source of dignity for the Islamic Ummah (community),” he added.

In his recent letter to Ayatollah Khamenei, the chairman of Hamas Political Bureau praised the Iranian nation and leadership for supporting Palestine and the anti-Israeli axis of resistance.

Haniyeh pointed to a major plot that the arrogant powers have hatched against Quds and the Palestinian nation with the purpose of wiping out the Gaza Strip as the bastion of resistance, ending the fight against the Zionist regime, and normalizing the relations between Israel and the dependent rulers of regional countries.

He also praised the popular Intifada (uprising) in the West Bank and the city of Quds as a phenomenon foiling the plots hatched by the US and the “rulers of hypocrisy” who seek to terminate the issue of Palestine.

Last month, US President Donald Trump officially declared Quds as the capital of Israel, despite warnings from around the world that the measure risks triggering a fresh wave of violence in the Middle East.