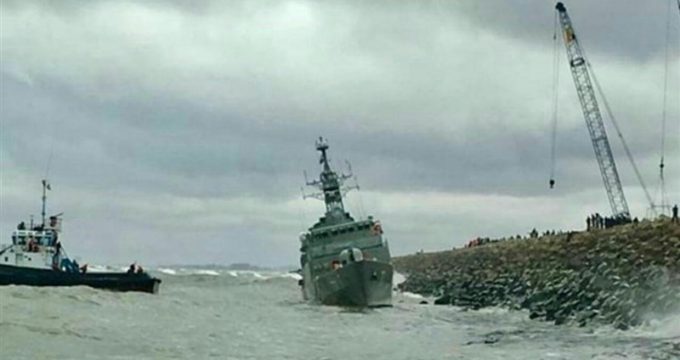 Tasnim– The body of the second sailor of the Iranian Navy who had gone missing in the Caspian Sea after Damavand destroyer crashed into a jetty was recovered, the Navy announced on Saturday.

The body of Martyr Amir Basereh, one of the Navy’s commandoes, was recovered 16 days after he went missing in the Caspian Sea, the Public Relations Department of the Navy announced.

Bijan Zare’, another Navy commando, was also killed in the January 10 incident.

The accident occurred when Damavand was docking at port in Iran’s northern province of Gilan, according to the Navy’s regional command.

Increasing wind speed and severe storm in the Caspian Sea caused the destroyer to have a minor crash with the jetty, it added.