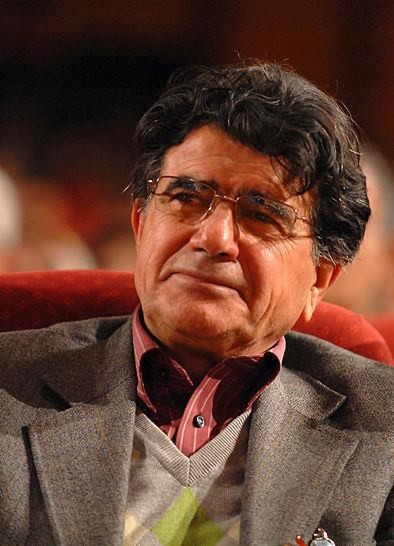 Press TV |Arghavan Shamsara: Known as the “King of Persian traditional signing,” “Iran’s most popular artist of the time” and “the greatest living maestro of Persian classical music,” the globally-renowned Mohammad Reza Shajarian has been the inspiring voice of generations in Iran for several decades.

Born on September 23, 1940, in the northeastern city of Mashhad, Shajarian started recitation of the Holy Quran and singing at the age of five under the supervision of his father.

At the age of 12, he began studying Radif, the Iranian repertoire of classical melodic figures, with some of the prominent maestros of his time, including Ahmad Ebadi, Esmaeil Mehrtash, Abdollah Davami, and Nour-Ali Boroumand.

In 1959, Shajarian officially began his singing career at Radio Khorasan and rose to prominence across the country in the 1960s with his distinct style of singing.

Shajarian has cited legendary Iranian tar musician Jalil Shahnaz as the most influential to his development, saying that Shahnaz’s playing style was what he most tried to mimic throughout his artistic life.

To better understand and perform the traditional repertoire, Shajarian also started playing the santour, a percussion-stringed Persian instrument, under the instruction of prominent virtuosos Jalal Akhbari and Faramarz Payvar.

The iconic vocalist continued his career in different spheres, including teaching at Tehran University’s Department of Fine Arts, working at National Radio and Television, conducting research on Iranian music, and creating a repertoire of recordings.

He has also collaborated with several other iconic Iranian musicians, including Pariviz Meshkatian, Mohammad Reza Lotfi, Hossein Alizaeh and Keyhan Kalhor, recording numerous historic albums and performing many famous concerts across the world, with the ensembles Aref, Sheyda, Ava and Shahnaz.

Shajarian has received some of the world’s most prestigious awards for his legacy of art works, including UNESCO’s Golden Picasso Medal (1999), UNESCO’s Mozart Medal (2006), the French National Order of the Legion of Honour (2014), Iran’s National Radio and Television Golden Cup (1977), Iran’s Best Classical Vocalist (2000) and NPR’s 50 Great Voices (2010).

He was also nominated for Grammy Awards in Best World Music for his albums Without You in 2003 and Faryad in 2005.

The inspiring works of Shajarian have put an unforgettable signature on the Iranian life and culture, becoming an inseparable part of the life of Iranians from different social strata.

For decades, Shajarian’s breathtaking performance of Rabbana prayer has been reminiscent of the holy month of Ramadan for Iranians.

He selected and combined four different Arabic verses of the Quran, each beginning with the phrase “Our Lord,” and sang it based on the Dastgah Segah, one of the seven musical modes in the Persian traditional music.

People listen to Rabbana during every Iftar ceremony when they want to break their fast. The prayer has been interwoven with every big family gathering and other religious festivals in Iran during the month of Ramadan.

Prominent Quran reciters, including the late iconic Egyptian reciter, Ragheb Mustafa Ghalwash, have praised the work as a unique masterpiece in the history of Quran recitation.

In May 2017, Iran’s Cultural Heritage Organization registered Shajarian’s Rabbana as part of the country’s national heritage.

He has done the calligraphy of the cover of several of his own albums. In November 2010, Shajarian displayed some of his calligraphy works at an exhibition in Tehran’s Vahdat Hall which showed the works of several contemporary Iranian calligraphy maestros.

Apart from composing music for some of his albums and playing several instruments, the maestro has invented several new musical instruments, including Sorahi, Shahr Ashoub, Saghar, Kereshmeh and Sabou.

In May 2011, Shajarian’s invented musical instruments were put on display at the Iranian Artists Forum in Tehran.

The iconic vocalist has also been campaigning to discover and train new talents in Persian singing, including in a 2007 nationwide program that aimed to take traditional Persian signing tests from numerous singers.

Shajarian’s son, Homayoun, and his daughter, Mojgan, are among the famous vocalists trained by the maestro.

The globally-renowned vocalist has also been engaged in several humanitarian activities, including the establishment of the Bam Garden of Art in the southern Iranian city of Bam, after the city was struck by a deadly earthquake in December 2003.

In a Youtube message from Canada in March 2016, on the eve of Norouz – the Persian New Year – the artist hinted with a tinge of humor that he has been suffering from a disease, without elaborating on the details.

“I have been living with a guest that is my friend now for 15 years,” Shajarian said in the message, referring to his illness.

“I have stayed here (Canada) and cut my hair on his (my friend’s) order.”

“My friend and I need some more time to agree on some issues,” he added.

Later reports suggested that Shajarian has been fighting kidney cancer over the years, during which he had remained highly prolific.

Shajarian has continued his treatment in the US and Iran, with reports saying he is in the process of recovery.

Throughout his artistic career, Shajarian has mainly tried to distance himself from different established political viewpoints, stressing that he uses his voice to introduce the values of the Iranian culture to the world.

“My voice is part of the ancient culture of Iran, which seeks to remind the people of the world of the culture we have; the culture of humanity, the culture of love, peace and joy. We have no message other than friendship, love, life and happiness for the people,” he says in a documentary about his life.

Shajarian’s deep passion for the Persian poetry is one of the key elements in his artistic creations. In every single piece of his works, he meticulously selects poems from both classical and modern Persian poets based on the specific social conditions under which the song is created.

“Sometimes the richness of a poem takes me where I get intoxicated, until I realize I am singing for an audience,” he said in a 2015 speech in Tehran.

The maestro underlines the need for transcending beyond traditions in Persian music and at the same time maintaining the authenticity of the art, noting that art inevitably evolves according to the needs of its time.

Although Shajarian thinks that Iranian music has not been very well introduced to the global community, he has repeatedly expressed optimism over the future of the art and said that despite all the restrictions, the growing enthusiasm for music inside the Iranian society will eventually create major platforms for authentic Persian songs to be heard across the world.