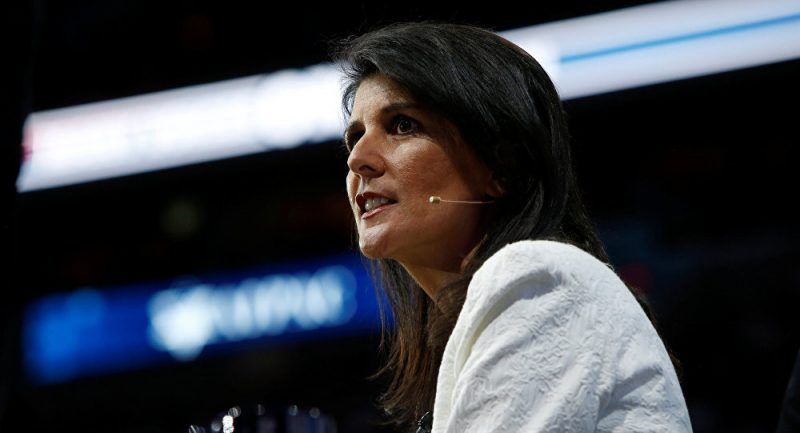 Press TV – The United States rejects a Russian-drafted UNSC resolution aimed at establishing an investigative mechanism into all allegations of chemical attacks in Syria, with both sides discrediting each other’s data on the issue.

“We want to rise above the differences and propose [the] creation of a new international investigative body… based on the impeccable and irrefutable data obtained in a transparent and credible way,” said Russia’s permanent representative to the UN Vasily Nebenzia during a UN Security Council meeting held on Tuesday.

The UNSC meeting was called by Moscow to discuss the crisis in Syria, especially recent accusations against Damascus over an alleged chemical attack.

The Russian proposal was rejected by US Ambassador to the UN Nikki Haley, who accused Russia of attempting to protect Syrian President Bashar al-Assad.

“When Russia doesn’t like the facts, they try and distract the conversation. That’s because the facts come back over and over again to the truth Russia wants to hide – that the Assad regime continues to use chemical weapons against its own people,” she said.

“The United States and the international community are not going to be fooled. We remain steadfast in pursuing accountability for those who use chemical weapons,” she added.

The mandate of the Joint Investigative Mechanism (JIM) of the UN and the Organization for the Prohibition of Chemical Weapons (OPCW) expired in November after several of failed attempts by the UNSC to extend its authority.

Nebenzia noted the probes collapsed because they were full of “systemic deficiencies” and had become a mechanism for political manipulation.

After the US rejected Moscow’s initiative, Nebenzia added that the move showed the establishment of a professional and independent investigative mechanism is the last thing Washington wants.

“The fact that our resolution was outright dismissed says volumes. This once again reveals the truth,  that we sadly already know. The United States of America does not need an independent, professional mechanism. Not only that you reveal the truth, but you show your true colors in front of the international community,” the Russian envoy to the UN added.

The United States and its allies have repeatedly accused Syrian government forces of carrying out chemical attacks in civilian areas without providing any substantial evidence.

This is while Damascus has handed over its entire stockpile of chemical weapons under a 2013 deal negotiated by Russia and the US. The operation was overseen by the Organization for the Prohibition of Chemical Weapons (OPCW).