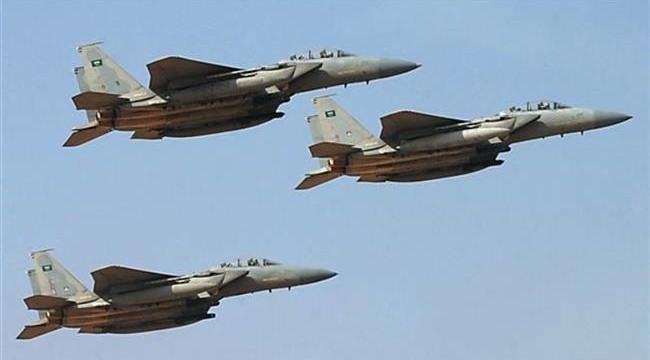 Press TV- At least 15 Yemeni people have lost their lives in fresh air raids by Saudi warplanes on the country’s northwestern Province of Sa’ada.

Two other Yemenis were also killed in similar attacks on the al-Safra neighborhood of the province.

Riyadh continues to defy international calls to end its destructive military campaign against its impoverished neighbor.

The Saudi war was launched in March 2015 in support of Yemen’s former Riyadh-friendly government and against the country’s Houthi Ansarullah movement, which has been running state affairs in the absence of an effective administration.

The offensive has, however, achieved neither of its goals despite the spending of billions of petrodollars and the enlisting of the cooperation of Saudi Arabia’s regional and Western allies.

The Saudi-led campaign, which is accompanied by a land, aerial and naval blockade of Yemen, has so far killed more than 13,600 people and led to a humanitarian crisis.

The New York-based rights organization further called on the United Nations to impose sanctions on Saudi military leaders, including Crown Prince Mohammed bin Salman, who also serves as the defense minister, over the atrocities committed in the war on Yemen.