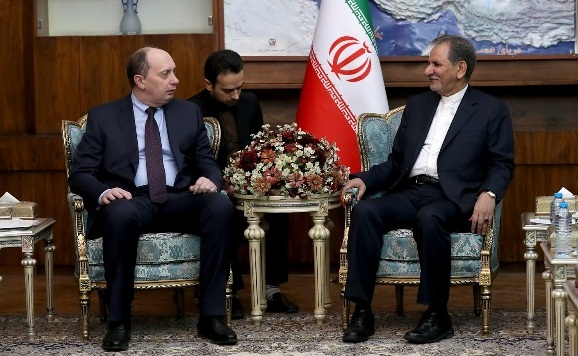 In a meeting with Belarusian Industry Minister Vitaĺ Mikhailavich Vouk, Jahangiri thanked Belarus’ support for Iran during the sanctions era.

He added that undoubtedly Iran’s friends, Belarus in particular, would enjoy top priority for expansion of all-out ties during post-sanctions era.

Jahangiri stressed that Belarus has a good position in Iran’s foreign policy, adding that exchange of delegations between the two countries play a pivotal role in fostering bilateral ties.

Jahangiri underscored that Washington is trying to create a tense atmosphere against Tehran and hinder expansion of cooperation between Iran and other countries by imposing new sanctions against the Islamic Republic.

Touching upon the active presence of terrorists in the Middle East, Syria and Iraq in particular, he added that Iran has managed to settle the regional problems in collaboration with friends, Russia in particular.

He added that there is huge untapped potential for expansion of mutual ties in advanced technologies and military industries arenas.

Jahangiri also voiced Iranian side readiness to sell oil to Belarus and meet the oil demands of this European country.