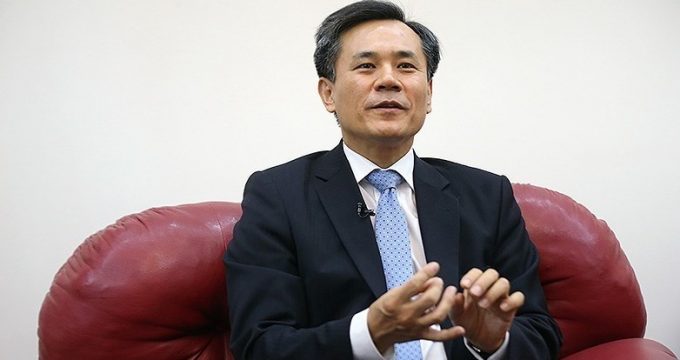 FNA- Tehran and Seoul voiced their readiness to expand their bilateral ties in different economic and trade fields.

The announcement was made in a meeting between South Korean Ambassador to Tehran Kim Seung Ho and Head of Iran’s Social Security Investment Company (Shasta) in Tehran on Tuesday.

The South Korean ambassador and companies’ managers who were also present in the meeting expressed their willingness to work with Iran, specially Shasta Company.

Explaining the area of activities and introducing Shasta, Lotfi thanked the South Korean ambassador for the meeting and expressed his company’s readiness to cooperate with Koreans in the form of finance, mutual investment and formation of investment funds in Iran and South Korea.

Shasta was founded in 1986, and it had the initial capital of 20 billion Rials. Today, the company is one of the biggest companies in the Middle East. Currently, Shasta holdings and subsidiary companies have allocated themselves a great portion of production and services in the fields of oil, gas and petrochemical, medicine, cement, ICT, energy, mineral, metallic and nonmetallic industries, according to its website.