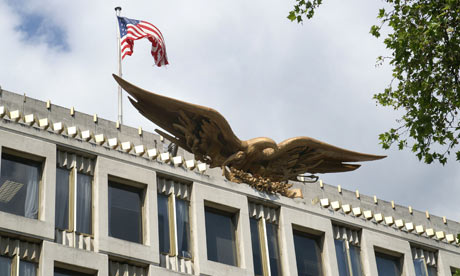 US will move embassy to Jerusalem next year – Vice President Pence

RT– The US Embassy in Israel will relocate to Jerusalem next year, Vice President Mike Pence has said. It comes less than two months after Donald Trump formally recognized the city as the capital of Israel.

Pence’s remark was made during a visit to Jerusalem on Monday, which is part of his official visit to the Middle East.

“In the weeks ahead, our administration will advance its plan to open the US embassy in Jerusalem – and that United States embassy will open before the end of next year,” he said in a speech to the Israeli parliament in Jerusalem, as quoted by Reuters.

“Jerusalem is Israel’s capital – and, as such, President Trump has directed the State Department to begin initial preparations to move our embassy from Tel Aviv to Jerusalem,” he added, declining to give an exact date of when the embassy would open.

It comes after US President Donald Trump officially recognized Jerusalem as the capital of Israel in early December, prompting protests in the West Bank and around the world.