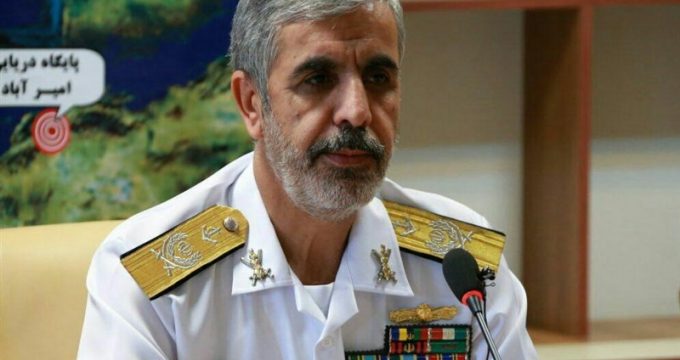 The fifth of its kind, the two-day military drills, code-named Muhammad Rasoulallah (Muhammad, the Messenger of God), has kicked off on Monday along the Makran coastal strip and the shores of the Sea of Oman, with participation of Army’s naval, ground and air forces as well as Air Defense units.

Admiral Mahmoud Mousavi said the first stage of the drills included the operations of “vessels, submarines, and hovercrafts on the sea to monitor, identify, intercept and destroy enemy units in a bid to prevent their entry into the territorial waters of our country.”

Following that, he added, defense units stationed along the coastline, which include Commando and Special Operations units, carried out the desired tactics for the destruction of enemy infiltration units by using offensive warships.

Finally, Army’s ground force was deployed to assist the Navy in defending the coast and preventing enemy infiltration into our territories, he added.

The ‘armed ground tactic’ was the last phase of Monday’s drills to be carried out in a bid to make sure of the complete destruction of hostile forces.