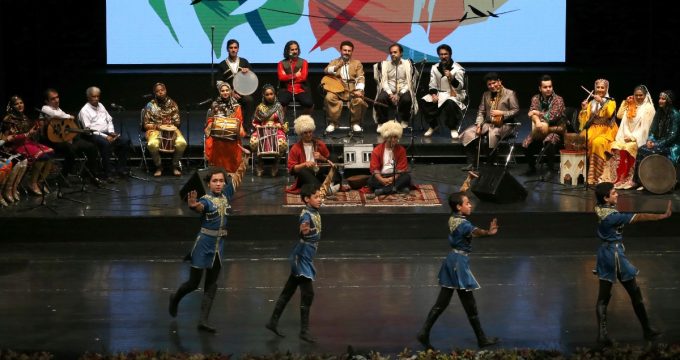 The 20th session of the PUIC General Committee started with the attendance of Iran Majlis (parliament) speaker Ali Larijani on Monday in Tehran.

Secretary of Supreme National Security Council Shamkhani met with speaker of people’s council of Syria and the accompanying delegation, where he said that the will of the Syrian nation will determine the future of this country.

Leader of the Islamic Revolution Ayatollah Seyyed Ali Khamenei says the US is overstepping its bounds in recognizing Jerusalem al-Quds as Israel’s “capital” and planning to move its embassy there, adding that the measures are in vain.

Delegations participating in the 13th Conference of the Parliamentary Union of the Organization of Islamic Cooperation (OIC) member states (PUIC) in Tehran deplored Washington’s decision to transfer its embassy to Jerusalem al-Quds and recognition of the city as Israel’s capital.

Minister of Defense Brigadier General Amir Hatami said Iran-Pakistan cooperation will be further expanded in the fields of defense, science and technology.

A leader of the Palestinian Hamas resistance movement, Ismail Haniyeh, has sent a letter to Leader of the Islamic Revolution Ayatollah Seyyed Ali Khamenei, praising Iran’s stance on Jerusalem al-Quds.

US lawmakers have put forward a bill at the House of Representatives, seeking to “tighten” the term of a 2015 multinational nuclear deal with Iran, despite international warnings for Washington to stop attempts to undermine the accord.

The commander of the Quds Force of Iran’s Islamic Revolution Guards Corps (IRGC) says Iran is standing up to the Zionist regime of Israel with dignity and power.

Iran to dominate many Tillerson conversations in Europe next week

Iran will dominate many of U.S. Secretary of State Rex Tillerson’s conversations in Europe next week, when he is visiting London, Paris, Warsaw and Davos, Switzerland, a senior U.S. State Department official said on Friday.

Iranian President Hassan Rouhani says the United States would be making “a very big” political mistake if it pulls out of the 2015 multilateral agreement over Tehran’s nuclear program.

Syria’s grand mufti thanked Iran’s support for the war-torn country over past seven years and praised Tehran’s role in resolution of crisis there.

Barzani travels to Tehran for first time since controversial referendum

Iraqi Kurdistan PM Nechirvan Barzani has arrived in Tehran with his accompanying delegation, marking normalizing relations between Iran and the Iraqi Kurdistan region since the controversial independence referendum.

Israeli PM: US embassy to move to Jerusalem this year

Israeli Prime Minister Benjamin Netanyahu said he’s certain that the US Embassy will be moved to Jerusalem in the coming year, much sooner than US President Donald Trump administration officials have estimated.

Hezbollah among most effective forces fighting terror in Mideast: Nasrallah

The secretary general of the Lebanese Hezbollah resistance movement has described his group as one of the most effective forces in the fight against terrorism across the Middle East region.

Yemeni army forces, supported by allied fighters from Popular Committees, have fired a short-range ballistic missile at a military base in Saudi Arabia’s southwestern border region of Najran, in retaliation for the Saudi regime’s military campaign against the crisis-hit country, Yemeni media report.

The sales chief of European planemaker Airbus predicted Iran would take delivery of dozens of European jets it has ordered under a nuclear sanctions deal with major powers, but warned the transactions could take longer to complete than planned.

Canadian planemaker Bombardier has submitted a draft contract for 10 brand-new CRJ-900 NextGen regional jets to Iran’s Qeshm Free Area Organization for review and finalization, Reza Baqerinejad, the CEO and Chairman of Qeshm Investment and Development Company told the Financial Tribune on Monday, noting that the final contract will be officially unveiled within a month.

The Iranian car manufacturing company Iran Khodro and the German Daimler concern signed an agreement on the start of production of Mercedes-Benz cars in Iran from the Islamic new year (late March), the ISNA news agency reported on Friday.

The head of Iranian Space Agency said that Iran ranks top in space science in the region and holds the 11th world ranking.

A survey conducted to estimate the Persian leopard’s population has revealed that at least 10 were living in Bamou National Park in the southern Fars Province. The survey was carried out by the park’s management office, in collaboration with a private NGO named Pars Wildlife, from July 21 to Nov. 21 covering an area of 320 square kilometers by 21 camera traps, Mehr News Agency reported.

The city of Tehran (Iranian capital) hosts more than 30 music bands from around the world in the 33rd ‘Fayr International Music Festival’ of Iran. In this event, the first and only director of the Iranian orchestra, National Orchestra Naghme Baran, has impressed the audience.

In a country where certain jobs, such as radio presenter and reporter, are dominated by men, one woman is sending ripples through the conservative society. Sputnik Iran spoke to Maedeh Alaghmand, a sports commentator who set a new record in Iran as she commented live on kabaddi matches for 10 hours.

Water shortage in Iran has become so acute that people in some cities have held public prayer sessions for rain. Meanwhile, the photo of a man supplicating for rain has received more attention.