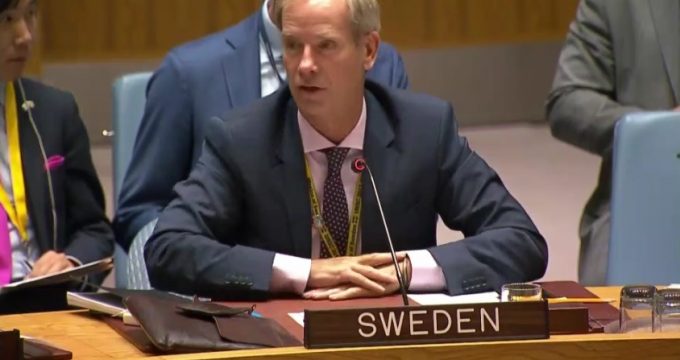 IRNA – The European Union remains committed to supporting full implementation of the nuclear deal reached between Iran and the G5+1 (US, UK, France, Russia, China plus Germany) in 2015.

The Iran nuclear deal is an important example of the potential of diplomacy, Swedish Ambassador to the UN Olof Skoog said on Thursday while addressing a meeting of UN Security Council on non-proliferation of weapons of mass destruction.

‘The JCPOA is designed to ensure the exclusively peaceful nature of the Iranian nuclear program. This crucial agreement contributes to stability within the region and beyond and contributes significantly to strengthening the global non-proliferation architecture.’

He said the European Union remains committed to supporting full implementation of the JCPOA, and asked all other parties to stick to their commitments.

The US President Donald Trump said on Friday that European allies and Congress have to work with him to fix “the disastrous flaws” in the nuclear pact or face a US exit.

Trump is after changing the text of the international nuclear accord.

Iran has repeatedly stressed that the JCPOA is not renegotiable.