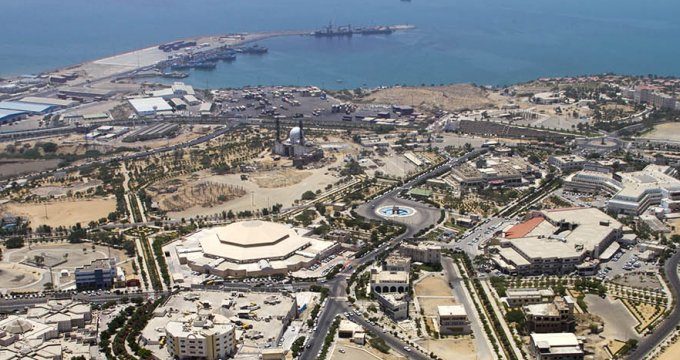 Financial Tribune- Sistan-Baluchestan, the vast southeastern province of Iran that has long suffered the stigma of insecurity, is now taking its first steps to become a popular tourist destination but the efforts are likely to fully pay off in several years.

The local authorities have made efforts to identify and promote potential attractions, including Darak Beach where the desert meets the sea and the Martian Mounts in Chabahar, for boosting tourism, ISNA reported.

“We trialed tourism plans in the two spots and today they are among Iranians’ luxury travel choices,” Mojtaba Mir-Hosseini, tourism deputy at the provincial office of Iran’s Cultural Heritage, Handicrafts and Tourism Organization, said.

“By organizing familiarization tours for those active in the industry, including tour operators, guides, travel agencies and ecotourism groups over the past two years, we managed to change the common negative view of the province to some extent,” he added.

According to the official, nearly 700,000 foreign tourists visited Sistan-Baluchestan in the last Iranian year (ended March 20, 2017) while some 350,000 travelled to the province in the first six months of the current Iranian year.

The progress was so remarkable that the former head of the provincial ICHHTO office, Kambiz Moshtaq Gohari, announced that Sistan-Baluchestan is no longer a dangerous place for tourists.

Despite these initiatives, there are still obstacles in the way of the region’s tourism boom, among which Mir-Hosseini pointed to the high cost of traveling to the province.

“We are seeking to promote the Tehran-Zahedan rail route to make the trip more affordable,” he said.

Mir-Hosseini explained that at present, 20% of the train’s capacity are vacant and the introduction of new tickets for stations along the way has been proposed both to fill up the capacity and attract more travelers to the province by diversifying the destinations.

“The train also has car transport capacities at a reasonable price, which travel agencies can publicize as an advantage,” he said.

The provincial ICHHTO also plans to include 30 events, at both national and international levels, in the province’s calendar.

“Upcoming events include Tourism Expo in Tehran (Feb. 24-26) and the National Family Rally in the new [Iranian] year [starting March 21] whose route passes through parts of Sistan-Baluchestan,” he said.

The official announced that a shopping festival will also be organized soon to further promote the province.

Mir-Hosseini noted that this year was an opportunity to prepare the ground for the development of tourism in Sistan-Baluchestan and “we will definitely reap the results in 2021”.

“Iran has land and sea borders with three continents and is connected to almost one-third of the world population. By expanding marine capacities and attracting only 1% of this population, we can revolutionize Iran’s tourism, especially in Chabahar that can be a gateway to the country,” he said.

At the farthest southeastern point stands the city of Chabahar which is a free trade zone and boasts attractions such as Martian Mounts, symbols of Chabahar’s unique geomorphology, and mangrove forests that are full of diverse species of seabirds such as flamingos and herons.