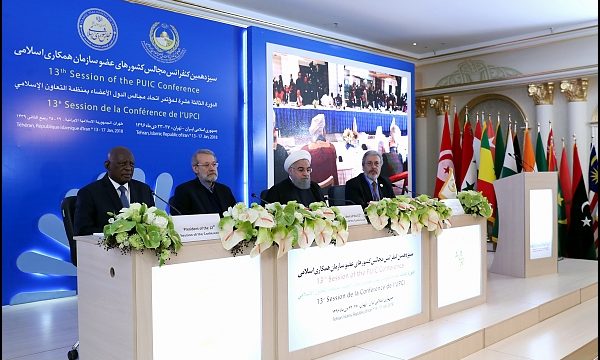 Last day of 13th PUIC session kicks off in Tehran

MNA – The last day of the 13th Session of the Parliamentary Union of the member states of the Organization of Islamic Cooperation (PUIC) has kicked off in Tehran.

The Wednesday session opened in the presence of Iranian Parliament Speaker Ali Larijani, and representatives of 46 OIC Member States, in the Iranian capital, Tehran.

The conference will wrap up today with releasing a final statement.