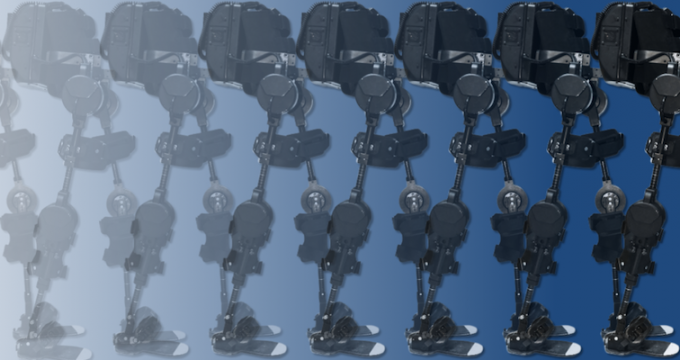 Bourse and Bazaar | Esfandyar Batmanghelidj: A new crop of entrepreneurs are making Iran a hub for hardware development, drawing on the country’s deep pool of mechanical and electrical engineering talent.

Iran’s burgeoning startup ecosystem has enjoyed extensive international attention over the last few years, but the focus has remained almost exclusively on app developers and software creators. Behind the scenes, a crop of inventors and engineers have been launching new companies that seek to bring “made in Iran” into the 21st century.

One such company is Pedasys, which was founded in 2013 by a group of researchers from Tehran University, Sharif University of Technology, and Tarbiat Modares University. In 2015, the group was accepted into SATI, Sharif University’s prestigious technology incubator.

The company has designed and manufactured a lower-body exoskeleton called Exoped, which is currently being trialled in clinical settings around Iran. The robotics in Exoped allow paraplegic or elderly individuals who are lower-limb disabled to walk, helping these individuals break free of the limitations of wheelchairs.

There are just a handful of companies worldwide that have developed such technology, but Iran may prove an ideal environment. In addition to engineering expertise, Iran boasts an advanced healthcare system. From the standpoint of social impact, Exoped can make a meaningful difference in the lives of Iranians living with spinal cord injuries, including the elderly, those injured in natural disasters such as earthquakes, war veterans, and those suffering from musculoskeletal degenerative diseases. One 2015 study on the prevalence of spinal cord injuries in Iran estimates the figure at 320 per million individuals. But the researchers note that this is likely an significant underestimation.

A sense of social responsibility is a key motivation for Mostafa Naghipour and his fellow Pedasys co-founders. After nearly a decade of collaboration in robotics research, the team decided to establish a company to bring a new exoskeleton solution to the market. They secured seed capital from Shenasa, the venture capital arm of the Pasargad Financial Group. Shenasa has focused on hardware companies as it builds out its portfolio, which includes a company developing a 3D-printer for industrial applications and a start-up developing new technologies for cochlear implants.

To date, foreign investment in Iran’s start-up ecosystem has focused almost exclusively on software. With lower capital requirements, shorter research and development timeframes, and scale-driven business plans, software can seem a safer bet for foreign investors. But Naghipour believes that while hardware development is more difficult, the business potential with hardware is often greater. He notes, “investing in hardware can create businesses with protected market share and export potential. While it is unlikely that international markets would adopt Iran’s clones of already popular apps, Iran can create hardware technologies that are competitive globally on pricepoint and core capabilities.”

Naghipour believes that Pedasys’ addressable market in the Middle East is six million individuals. For this market, an Iranian product will have an inherent cost advantage. Pedasys’s creators expect their technology to be up to fifty percent less expensive than comparable American, European, or Japanese technologies, without compromising on functionality.

Moreover, as Naghipour explains, the cost of treatment isn’t limited to the cost of the exoskeleton. He notes, “patients require as many as twenty clinical sessions to customize the exoskeleton for their use and to teach them how to operate it effectively. Being able to provide this clinical care is a crucial part of the offering and is almost as important as the technology itself.”

The clinical approach is being refined in Iran to meet local needs. “Four medical centers have purchased their own Exoped unit for research purposes, and we are about to begin the application process for approval by the Iranian Food and Drug Administration,” says Naghipour. The approval process will take about one year. With the FDA approval in hand, Naghipour plans to “begin negotiating with insurance companies to get Exoped covered. We hope to demonstrate to insurance companies that the overall improvements to quality of life are worth their coverage.”

Importantly, applications for Exoped extend beyond rehabilitation. Similar solutions are now being tested by industrial companies worldwide as a means to improve comfort and reduce the risk of injuries for manufacturing workers. Exoped could find a large market in Iran’s automotive manufacturing sector, where chronic lower back pain is a major occupational health issue on assembly lines. Iranian workers who suffer from lower back pain self-report considerably lower overall quality of life scores.

To achieve these ambitions, Pedasys will seek to raise its Series A funding from both domestic and foreign backers. Although the company declined to disclose its fundraising target, Naghipour assures that is it “significantly lower than what Western companies are seeking to raise even before they have a working prototype. In Iran we do much more with much less and we think investors can see that.”