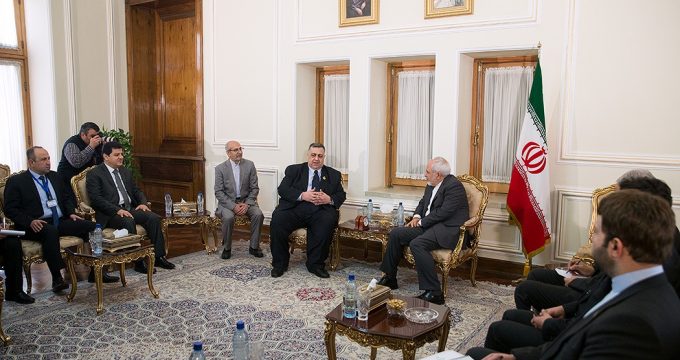 Zarif made the remarks Wednesday in a meeting with Syrian Parliament Speaker Hammouda Sabbagh.

He hailed the Syrian people and government for their resistance against conspiracies and also victories against Daesh.

The Iranian foreign minister also expressed hope for both countries to pass all steps successfully.

Iran is our real partner in resistance, victory, political trend and reconstructing Syria, he said.

Sabbagh referred to the 13th Conference of the Parliamentary Union of the OIC member states (PUIC) as textbook example of Iran’s successful diplomacy.

Muslim countries will overcome all conspiracies by unity and solidarity, Sabbagh concluded.

The 13th Conference of the Parliamentary Union of the OIC member states (PUIC) and the related meetings had opened in the Iranian capital on Saturday.