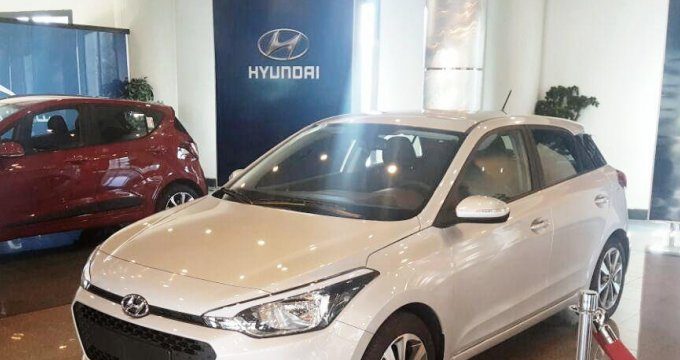 Under a joint venture deal signed in March 2017, Kerman Motor currently assembles three Hyundai models namely i10, i20 and Accent in the central city of Bam, Kerman Province. Assembly lines of two other models, Elantra and Tucson are to be launched, ILNA quoted Kerman Motor’s marketing manager as saying.

Hassan Akbari says, “Elantra’s assembly will be launched by September. The vehicle will be priced at about 1.5 billion rials ($35,000). The assembly lines of Tucson will start by June 2019.”

Elantra is available in the local market through imports and sells for 1.7 billion rials ($42,000). The same car is available for $18,000 in the international market.

Akbari did not elaborate on Tucson’s price. The price of this vehicle is $28,000 in the global market. Considering the company’s murky pricing system the model is likely to be offered at around $50,000 (2.1 billion rials).

Kerman Motor is the second largest private automotive company in Iran and has a 3.4% share of the market. During the nine months to Dec. 21, the company assembled 4,901 units of Hyundai i10, i20 and Accent, accounting for 15% of its total output (31,764 units). Hyundai is not Kerman Motor’s only foreign partner as the company also assembles Chinese-derived vehicles made by JAC and Lifan.

According to Akbari, currently 30% of the parts used in the assembly of Hyundai cars are made by local suppliers. “With help from the South Korean firm the share will increase to 50%.”

However, as the i10 has not been successful in the local market, Kerman Motor is gradually halting its production. The i10’s assembly line in the one-month period to Dec. 21 produced two units.

In addition to local assembly, Kerman Motor also imports Hyundai’s several other models including Santa Fe and Sonata. According to data released by Iran Auto Importers Association, during the eight months to Nov. 21, about 9,700 Hyundai cars entered the country accounting for 20% of the total imports. Hyundai is the second most popular brand in Iran’s imported cars market after Renault with 31% share.

The South Korean automotive giant has three other joint production agreements with Iranian companies. A subsidiary of the firm, Hyundai PowerTech, signed two separate joint venture deals on the production of gearboxes with Iran Khodro and SAIPA last October.

As per the deal with IKCO, 400,000 six-speed automatic gearboxes will be produced annually. Details about the Hyundai PowerTech-SAIPA are not available.

Earlier this month Hyundai said it sold 4.5 million vehicles worldwide in 2017, lagging far behind their target of 5.08 million vehicles. The company’s expanding presence in Iran can be part of its push to increase sales in developing countries.