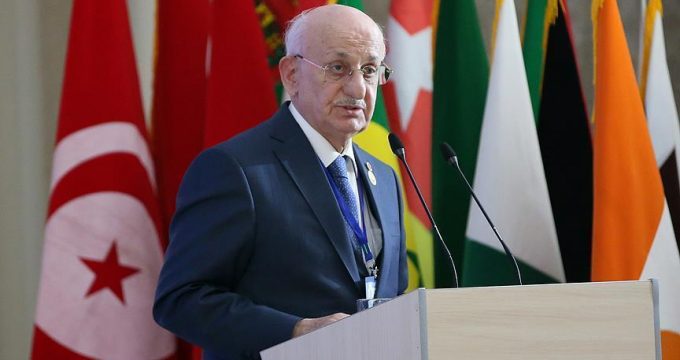 Anadolu Agency– Turkish parliament speaker on Tuesday urged Islamic countries to stay united on the Jerusalem issue, which was at the heart of regional peace.

Ismail Kahraman made the remarks in the Iranian capital, Tehran, where he was attending the conference of the Parliamentary Union of the Organization of Islamic Cooperation (OIC) Member States, opened by President Hassan Rouhani.

“Unless a fair, comprehensive and sustainable solution is set for Jerusalem in line with the United Nations [UN] resolution, regional, even global peace cannot be secured,” Kahraman said in his speech at the conference.

He said Turkey had provided all kinds of support to the peace process and would continue to do so.

Kahraman added Turkey was not blind to developments in different parts of the world and was monitoring the situation carefully.

He urged Muslim countries to be united for the Palestinian cause, which he termed as “the most key question”.

“We should be in unison and solidarity to stand stronger against the threats,” he added.

He said Turkey, as the term president of the OIC, remains determined to strive for friendly resolution of disputes between sister countries in the region.

He said he felt sorrow over the causalities in Iran’s nationwide demonstrations, which left dozens dead despite Rouhani’s calls, and expressed his pleasure with the end of the rallies in a short time.

In the last week of December 2017, Iranians took to the streets in northeastern cities of Mashhad and Kashmar to protest against rising inflation and perceived government mismanagement.

These demonstrations were followed by large pro-government protests. More than 20 people were killed — including a police officer — while hundreds more were reportedly detained. On Jan. 4, Mohammad Ali Jafari, the head of Iran’s elite Revolutionary Guard Corps, announced that the days-long wave of street demonstrations in Iran had ended.

The Turkish speaker also voiced concerns over the Yemen situation, and said Turkey would continue its humanitarian aid in the country.

He also pointed out the strife in Myanmar and Kashmir.

“Turkey is making efforts to be active in all continents of the world.”