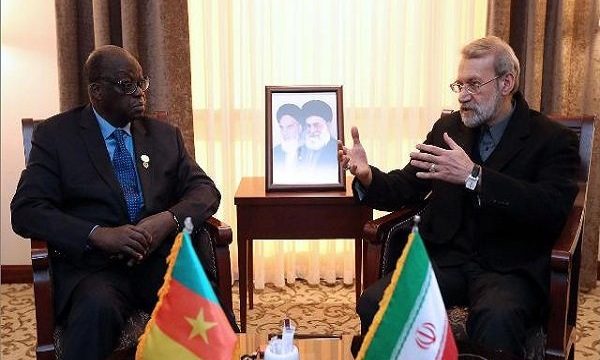 Iran ready to invest in industry, energy sector in Senegal

MNA – Iranian Parliament Speaker Ali Larijani met and held talks with the President of the National Assembly of Senegal Moustapha Niasse on Monday.

In this meeting, Larijani called for broadening and enhancing parliamentary ties between Iran and Senegal and said, “Iran has always attaches great importance to Senegal in all fields.”

Iran is ready to make huge investment in Senegal in the fields of energy, technology and various industries such as dam and power plant construction, he said, adding, “moreover, Iran is interesting in enhancing trade and business ties with Senegalese businesspersons.”

For his part, President of the National Assembly of Senegal Moustapha Niasse expressed his special thanks to Iranian officials for throwing their heavyweight on this African country and said, “we hope that parliamentary ties between the two countries will experience a considerable boom in future.”

He pointed to an Iranian car production plant in Senegal and said, “this factory produces approx. 1,000 high-quality cars which is sold in Senegal with fair and reasonable price. However, Senegalese people have welcomed Iranian cars extremely.”

The 20th session of 13th Parliamentary Union of OIC Member States (PUIC) was held today in Tehran Espinas Palace Hotel in the presence of Iranian Parliament Speaker Ali Larijani and deputies of parliament speakers and parliamentary delegations from 44 member states.