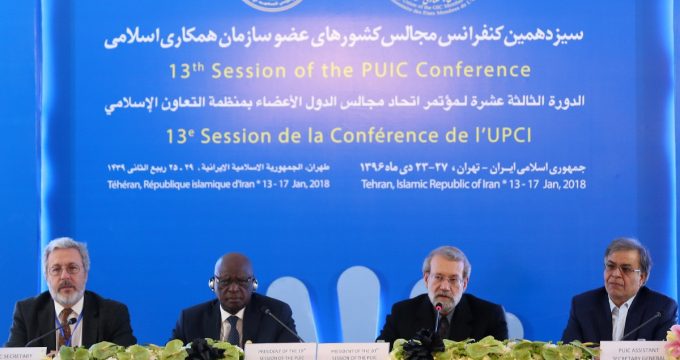 IRNA – The 20th session of the PUIC General Committee started with the attendance of Iran Majlis (parliament) speaker Ali Larijani on Monday in Tehran.

Larijani is scheduled to deliver a speech in the meeting.

The 7th Meeting of the Muslim Women Parliamentarians is also slated to be held today.

The 13th Conference of the Parliamentary Union of the OIC member states (PUIC) and the related meetings started in the Iranian capital on Saturday.

The five-day PUIC conference focuses on the questions of the World of Islam including the Palestine cause as well as political affairs and foreign relations, human rights, women and family affairs, cultural and legal affairs, dialogue of civilizations and religion, economic affairs, and the environment.