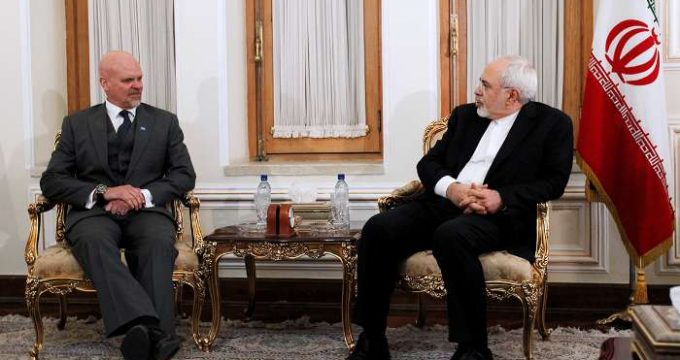 According to the report of Foreign Ministry Media Department on Monday, UN coordinator in Iran Gary Lewis at the end of his mission had a farewell meeting with Foreign Minister Mohammad Javad Zarif.

Since 2013, Gary Lewis was working in Iran as the UN representative and coordinator.

Lewis was born in Bridgetown in Barbados in 1962 and was serving at the United Nations offices in Asia, Africa, Europe, the US and in the Middle East for more than 30 years.