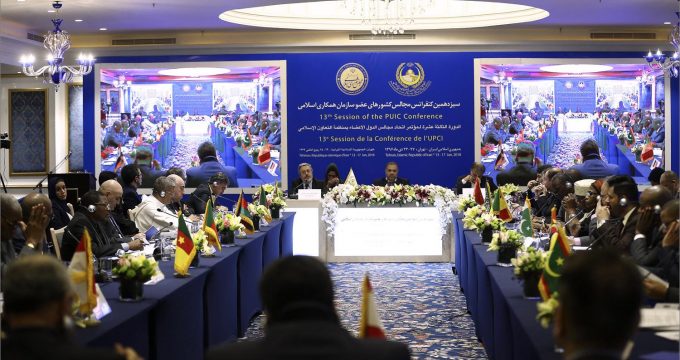 IRNA – Committee on political and foreign relations of the 13th Conference of Inter-parliamentary Union of the OIC member-states considered and approved 35 resolutions for fight against terrorism on Sunday.

In the presence of representatives from 12 Islamic states, the committee considered and then approved 35 resolutions.

Fight against terrorism under regulations of the United Nations, role of parliaments in confrontation with the Zionist regime, Palestine situations, imposed sanctions against Islamic states, JASTA Law, access of Islamic countries to modern technology, refugees and immigrants’ situations in Islamic states, unity among Muslim minorities, and confrontation with Islamophobia, Situation of Muslims in Myanmar, settling disputes with aim to promote Muslim cooperation were among approvals of the committee.

Kazem Jalali, who chaired the committee, thanked participating representatives and said ways to follow up the resolutions will be announced by secretariat of the PUIC for all members.

Shirvan city Deputy in Majlis (parliament), Abdolreza Azizi proposed condemnation of Mujahedeen Khalq Organization (MKO)for their many terrorist acts in Iran to be mentioned in resolution related to fight against terrorism.

A sum of 54 countries were invited to the conference and 44 of them expressed their readiness to attend the meeting.

It is due that 16 parliament speakers, 14 vice-speakers and heads of parliamentary friendship groups and deputies to attend the meeting.