A Look at Iranian Newspaper Front Pages on January 13

Iran Front Page- IFP has taken a look at the front pages of Iranian newspapers on Saturday, January 13, and picked headlines from 14 of them. IFP has simply translated the headlines and does not vouch for their accuracy.

The latest efforts to save the missing Iranian sailors in the Chinese waters also received great coverage.

1- Rouhani: Everyone Should Accept Responsibility for Problems 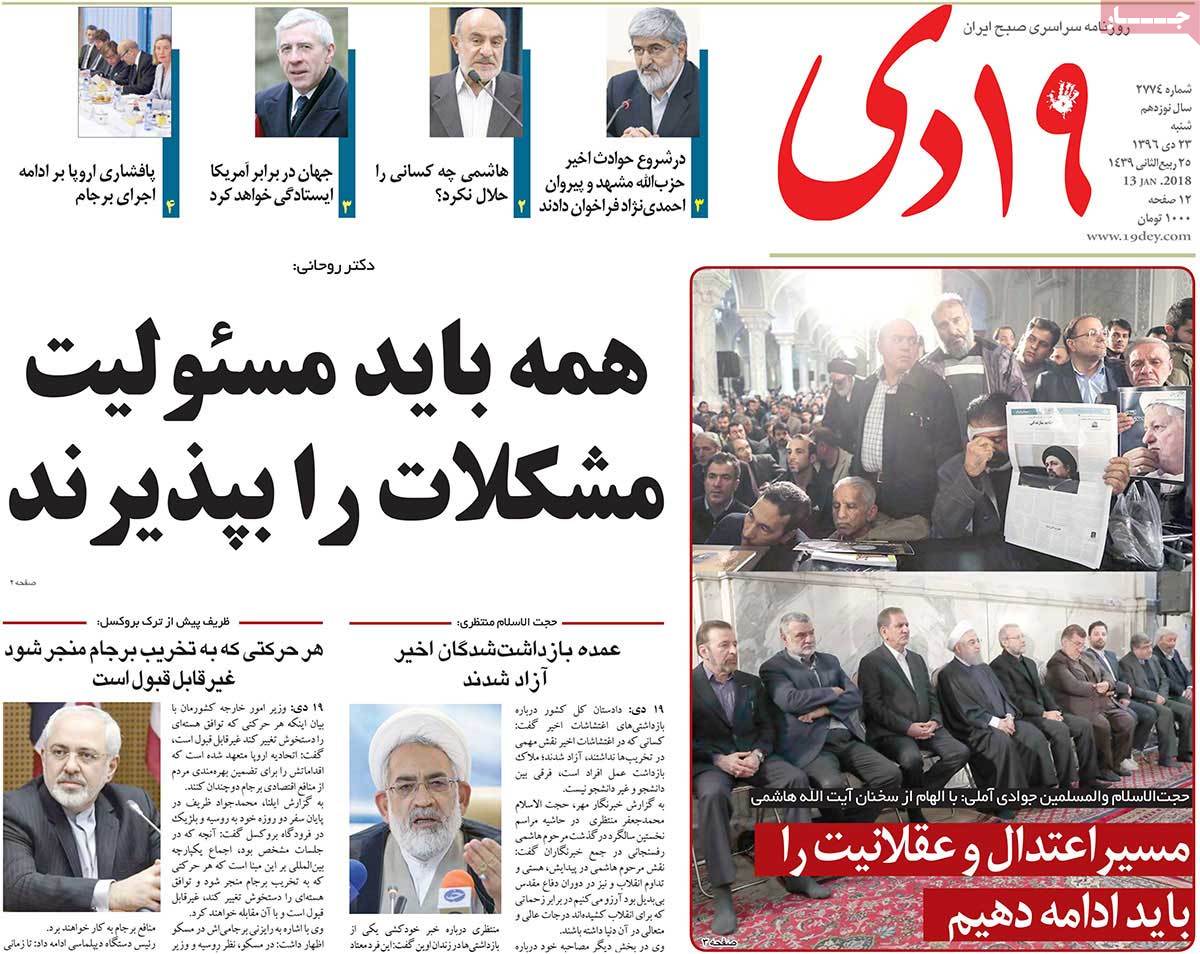 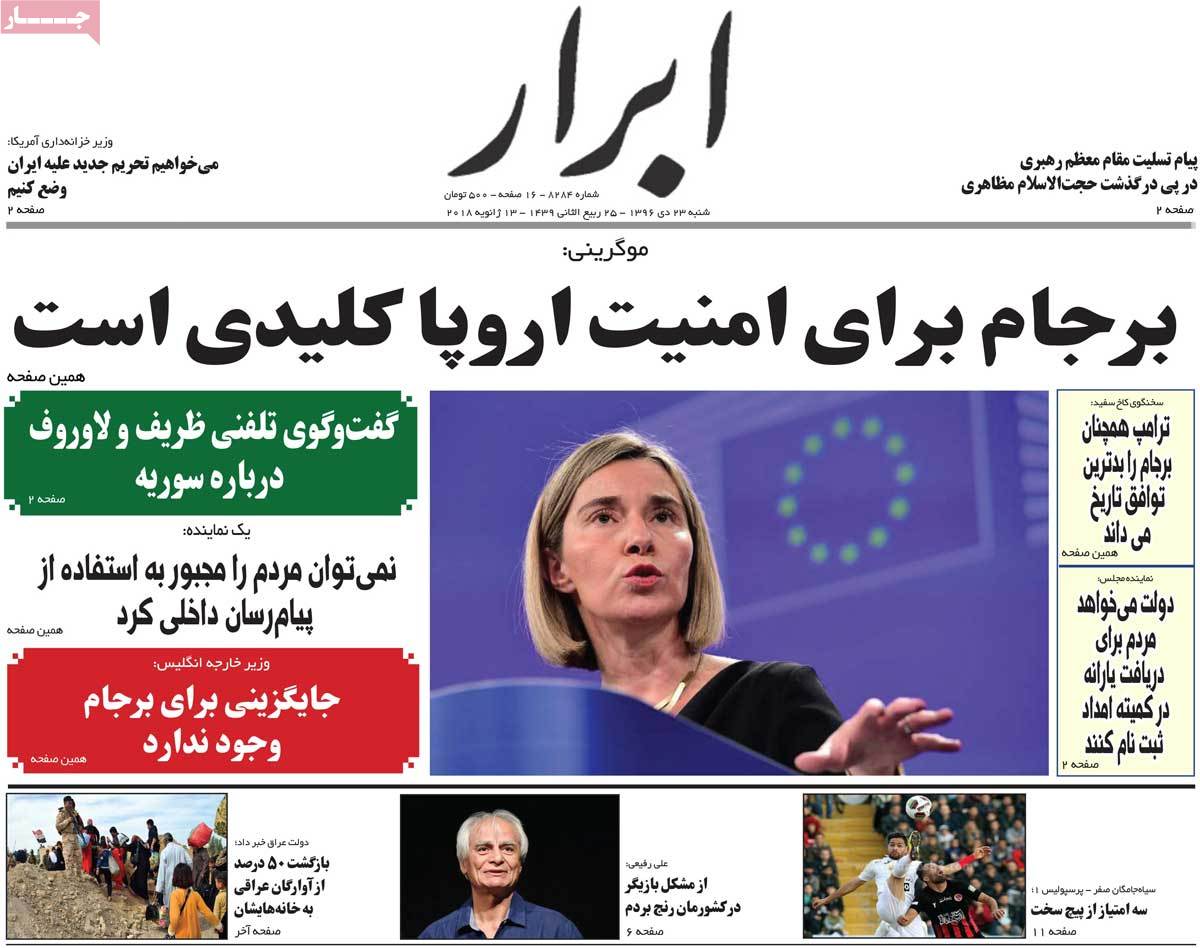 1- Waiting for Miracle: Families of Iranian Sailors Worried about Their Fates

2- N. Korean Leader: We Won’t Have Any Problem Even If Sanctions Take 100 Years

3- Iran to Remain Committed to JCPOA If US Does So: Zarif

4- Ayatollah Hashemi Shahroudi Hospitalized in Germany against His Will 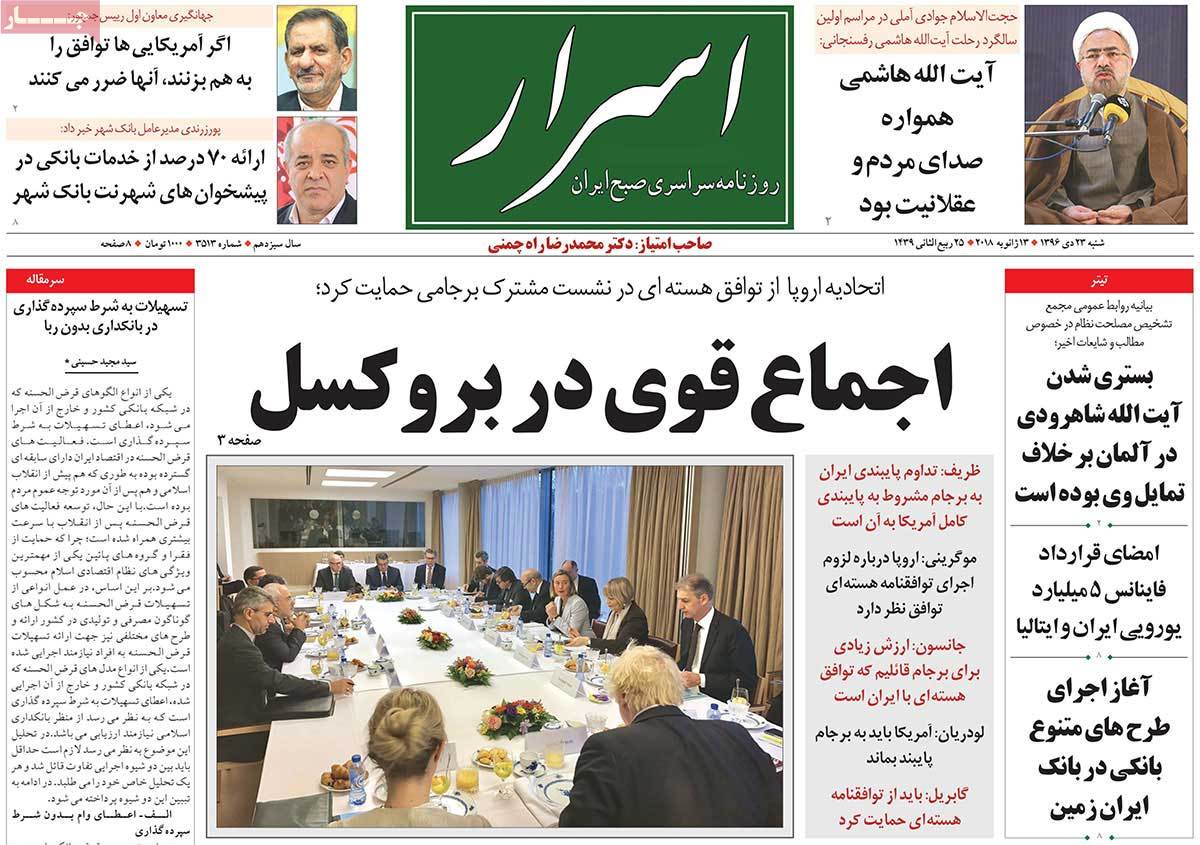 1- EU: JCPOA Has No Replacement, Should Remain in Place

2- Mogherini: EU Committed to Supporting Iran Nuclear Deal, Urges All Sides to Do So

3- Hariri: We Want to Have Best Relations with Iran, Hezbollah

5- Railways of Iran, Azerbaijan Republic to Be Linked This Week 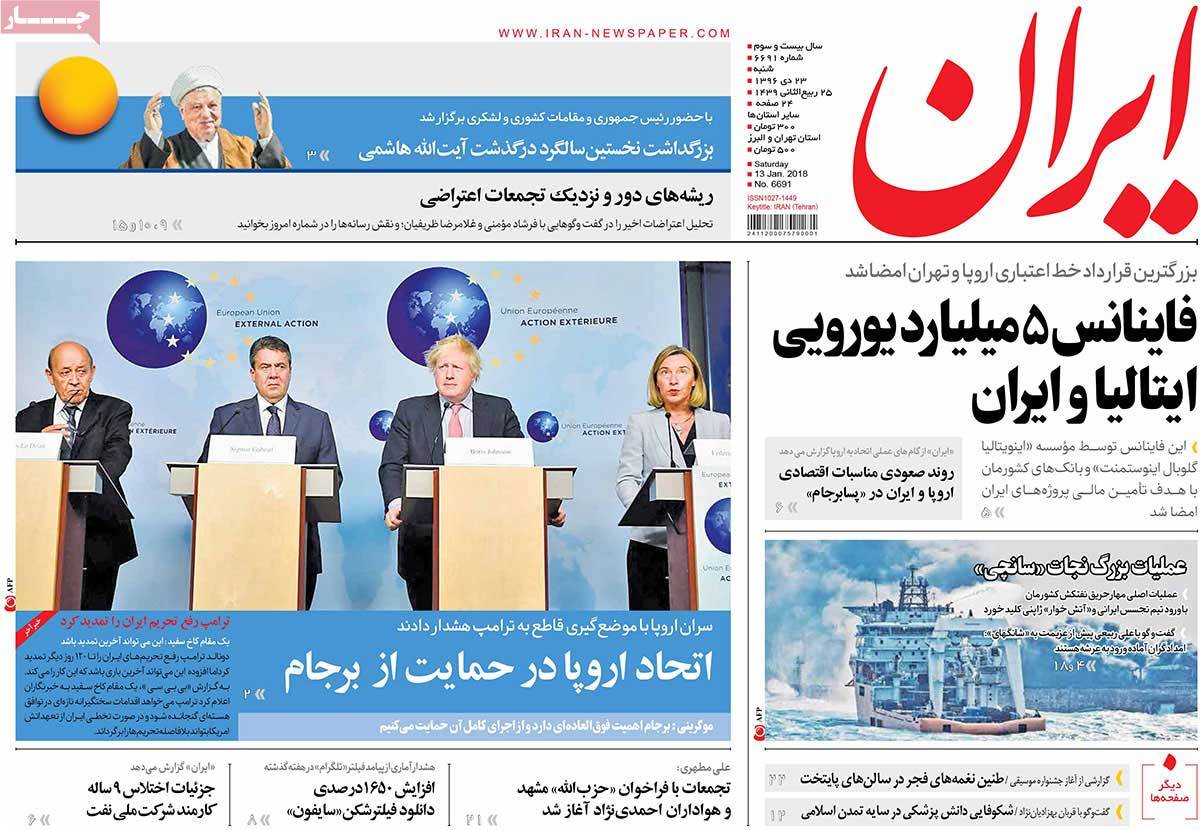 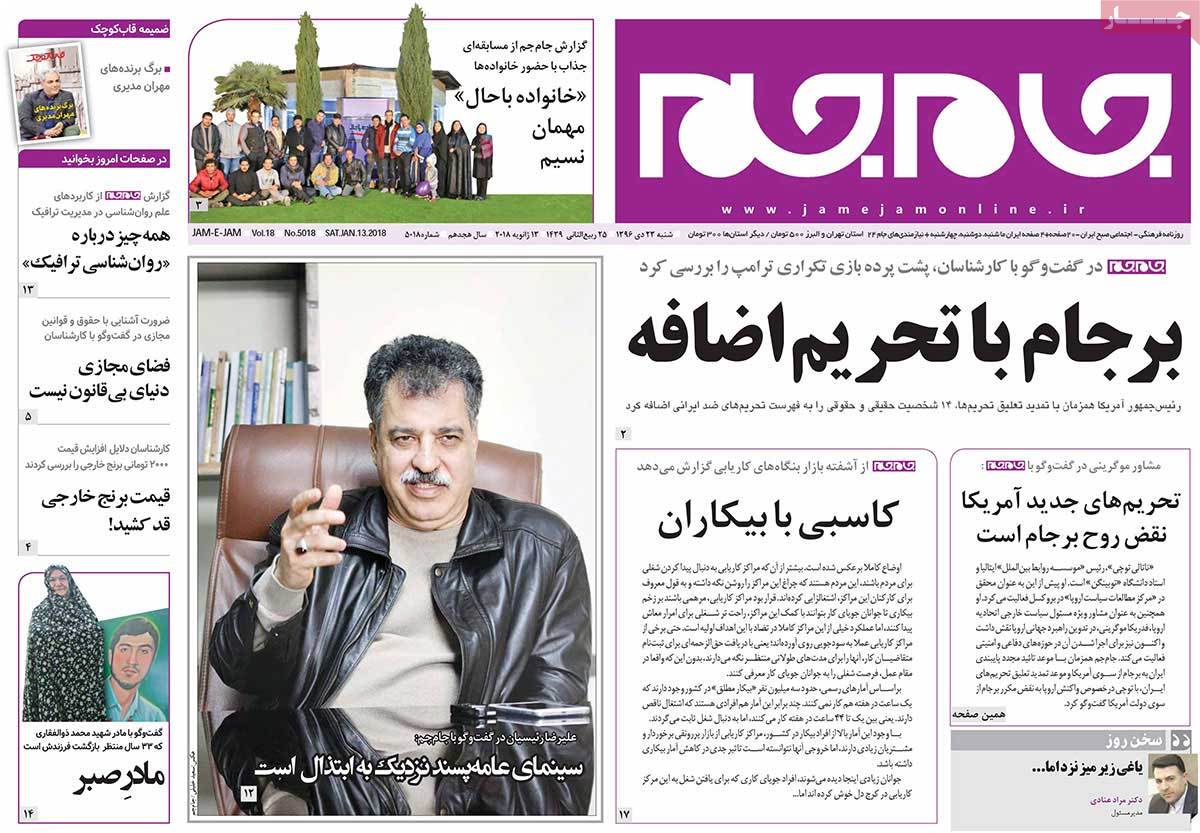 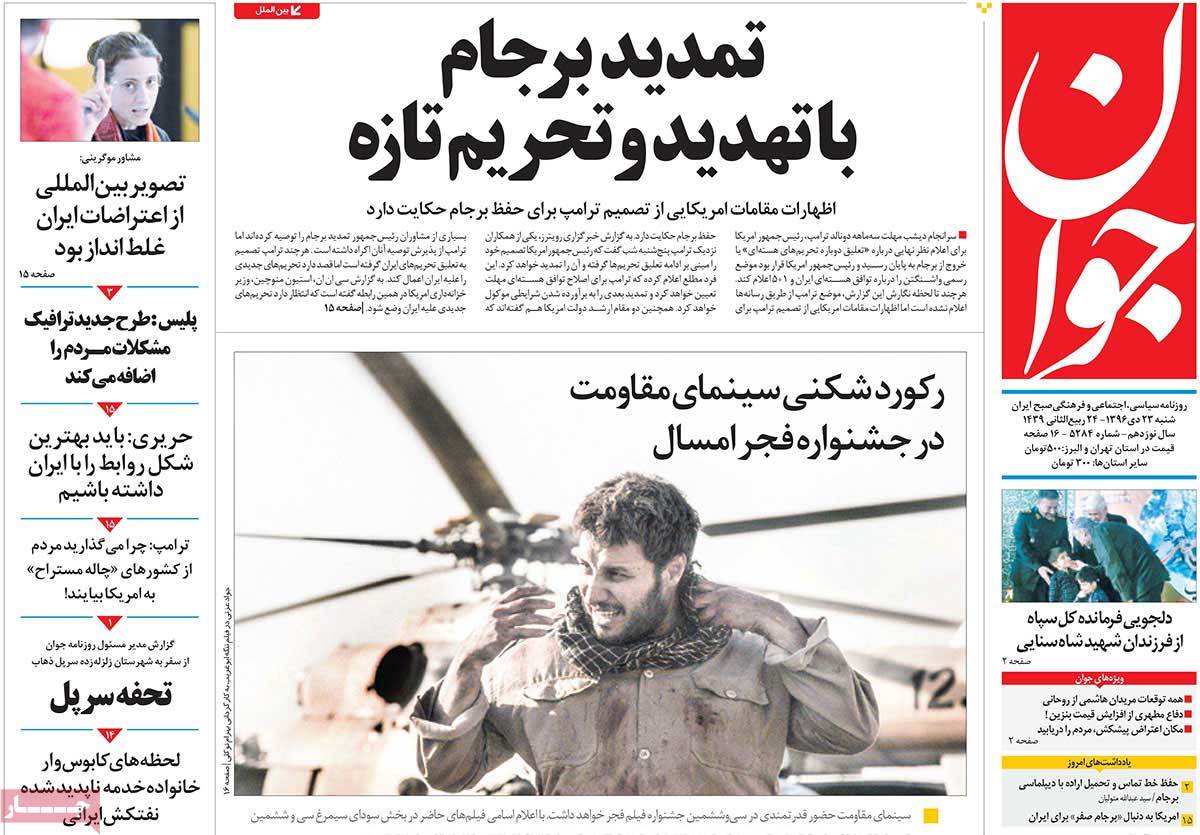 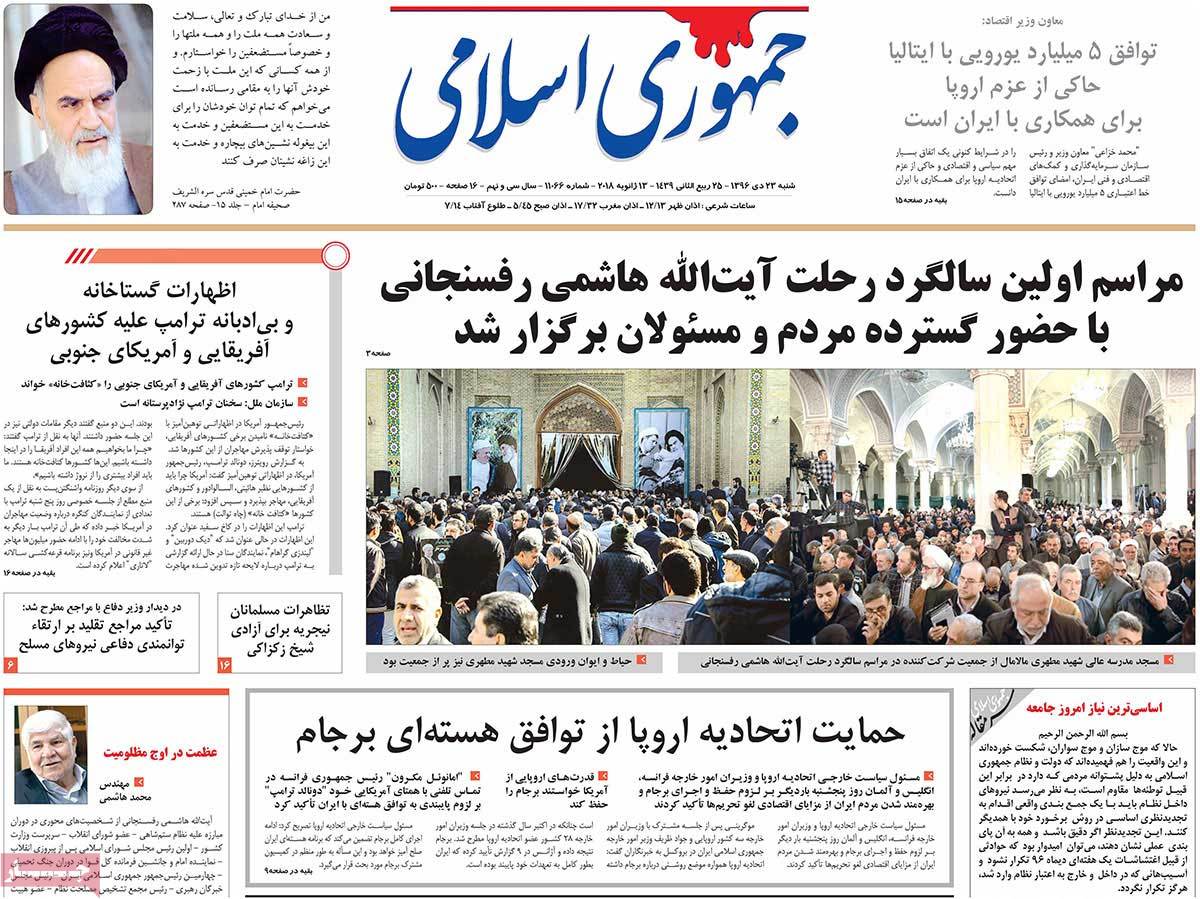 1- US Playing with Dead Body of JCPOA 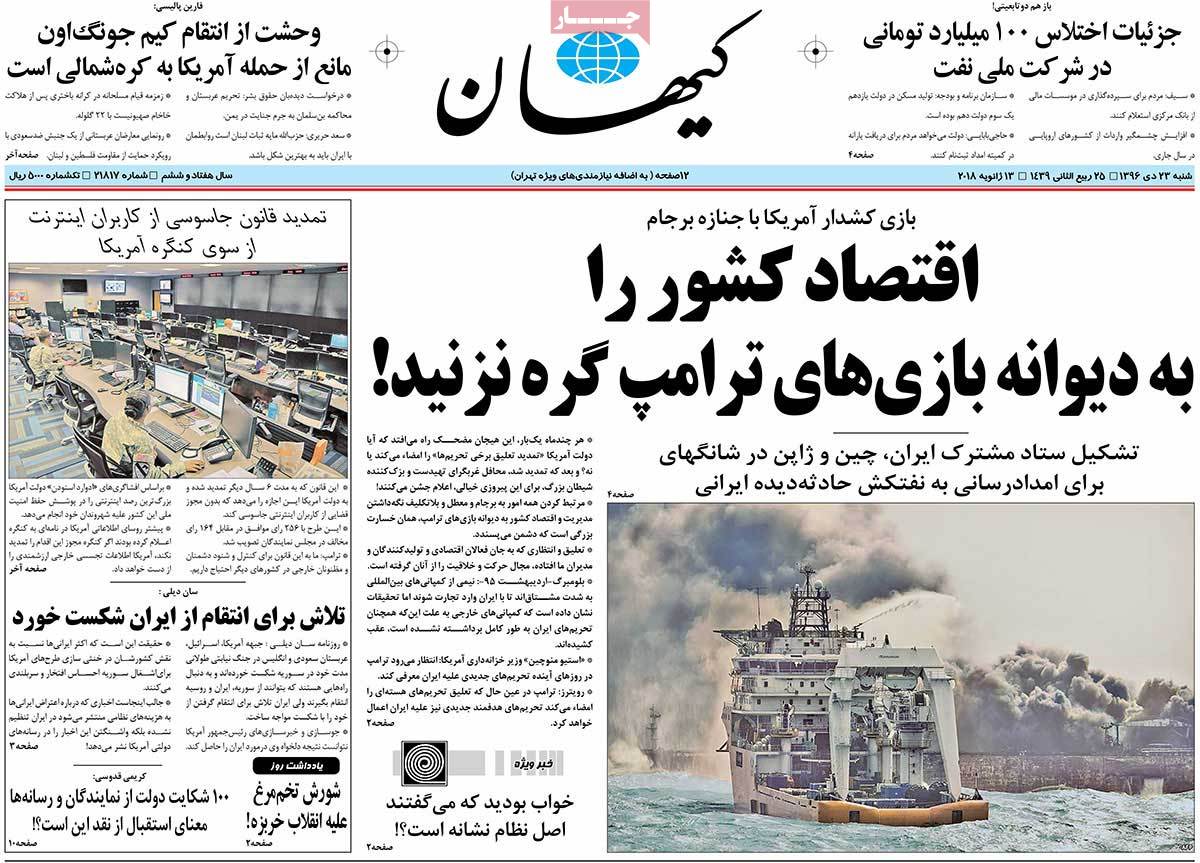 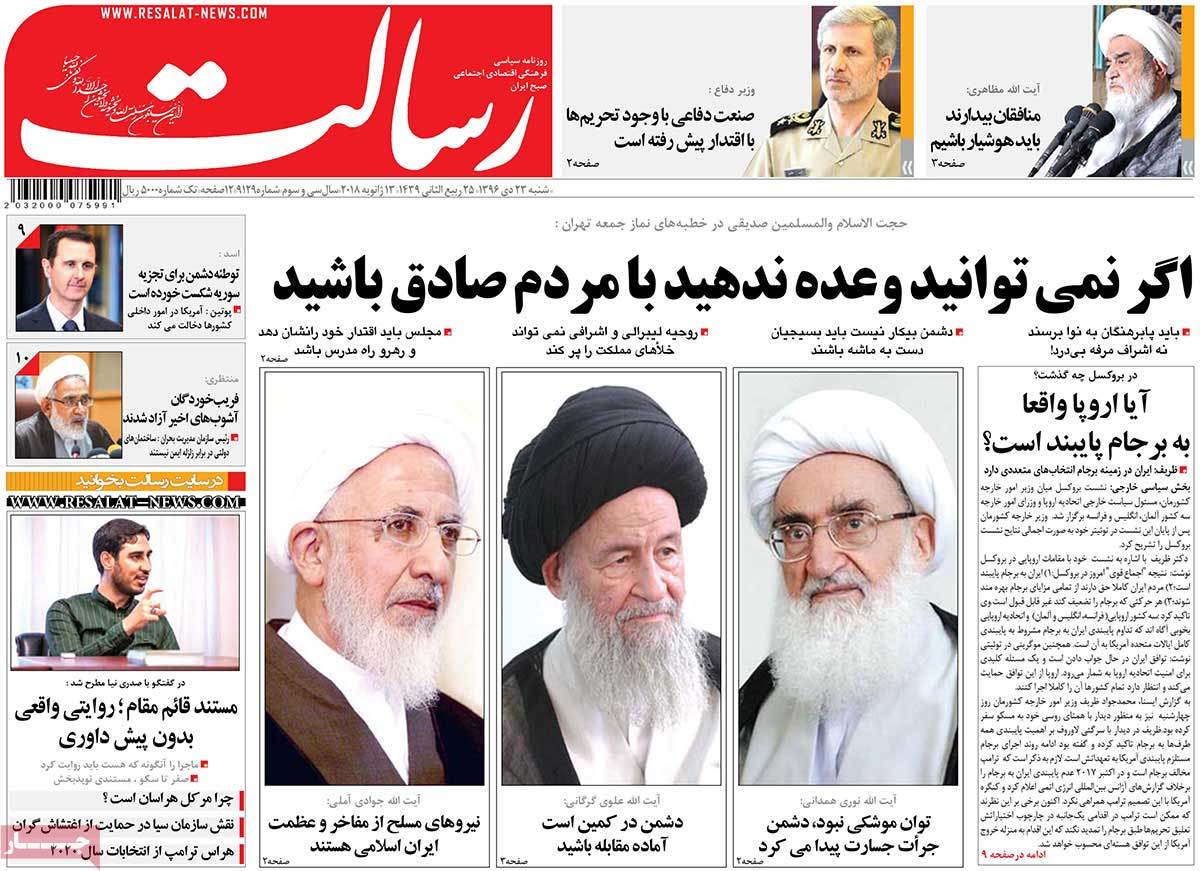 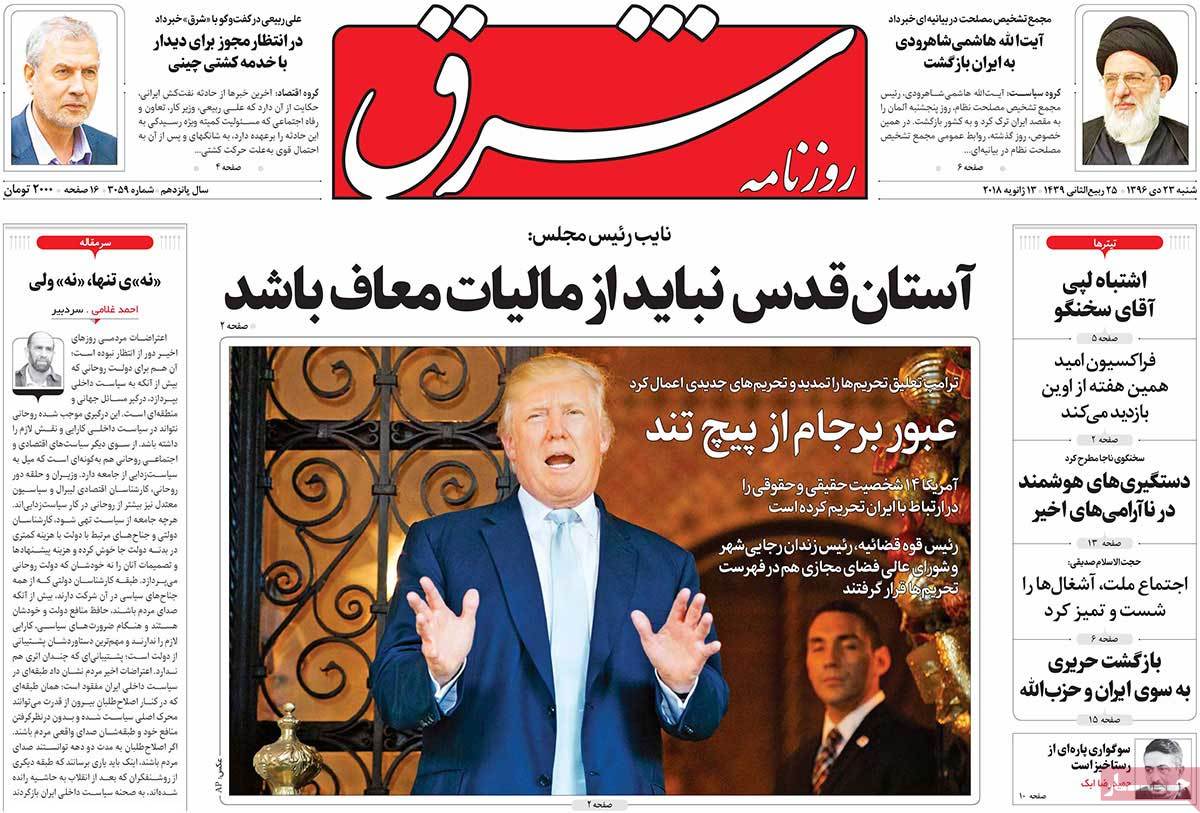 2- 12 Iranian Commandos Dispatched to Shanghai to Save Iranian Seafarers 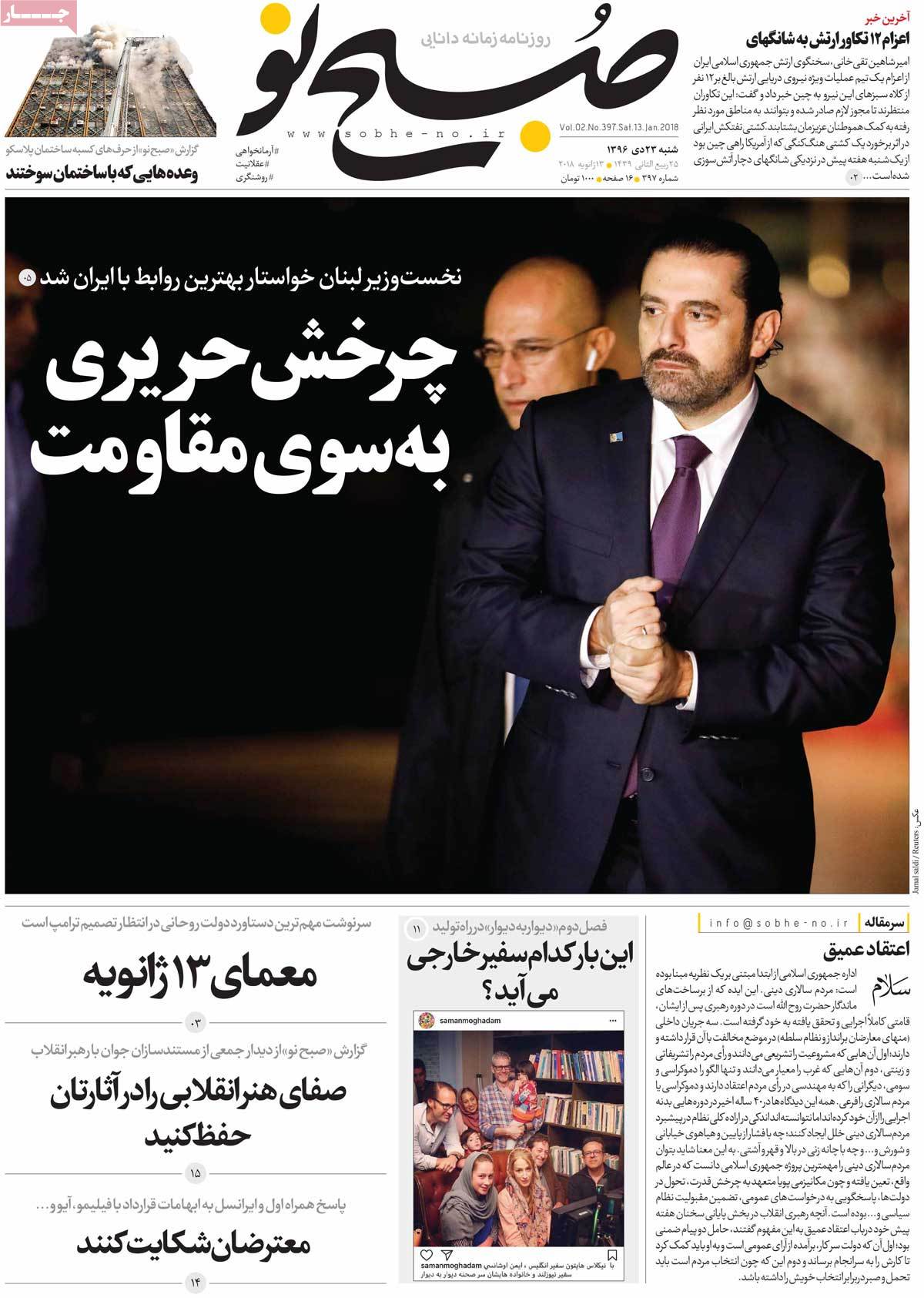 2- Girls Deprived of Education: Married Students Not Allowed to Study in Ordinary Schools 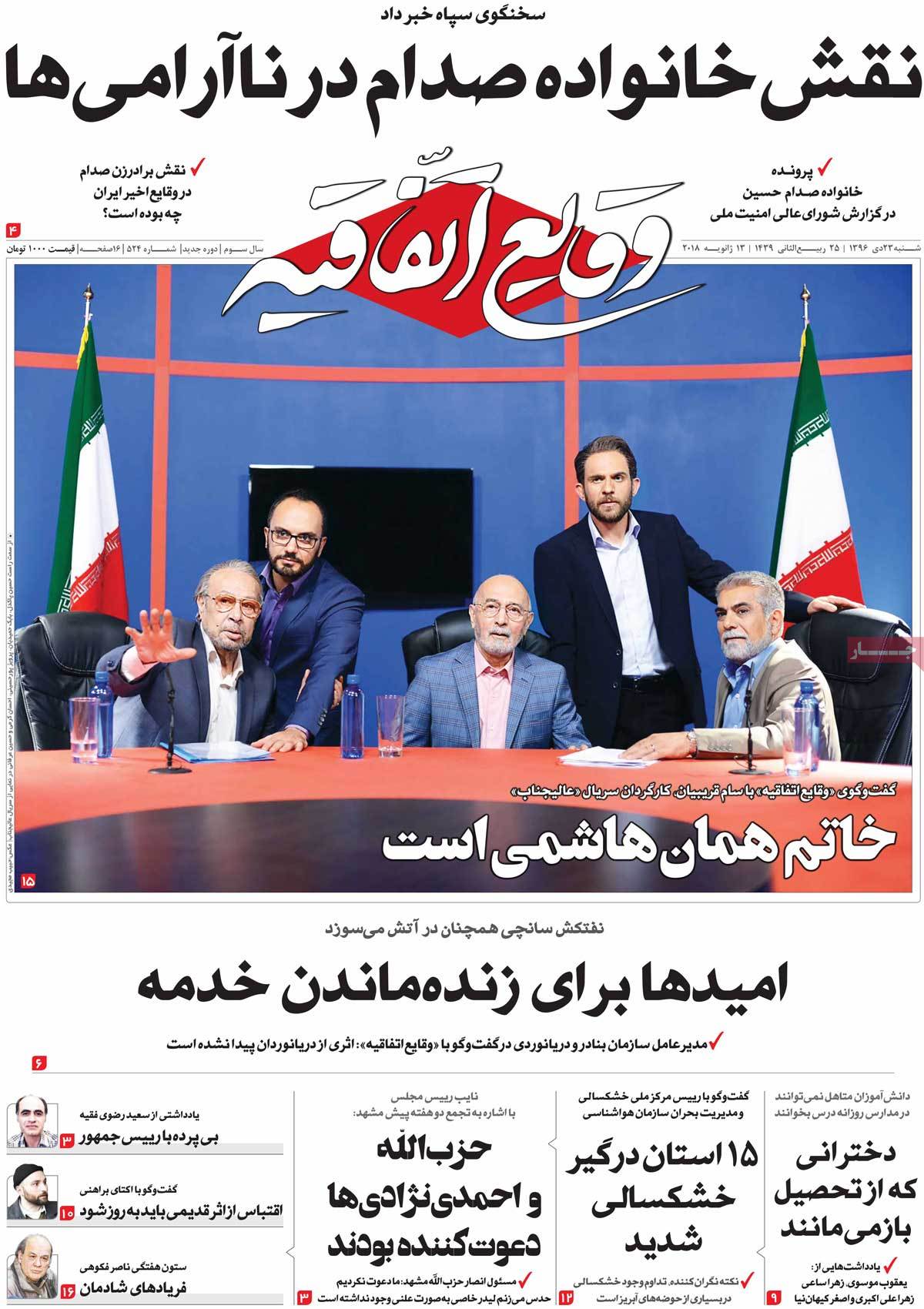