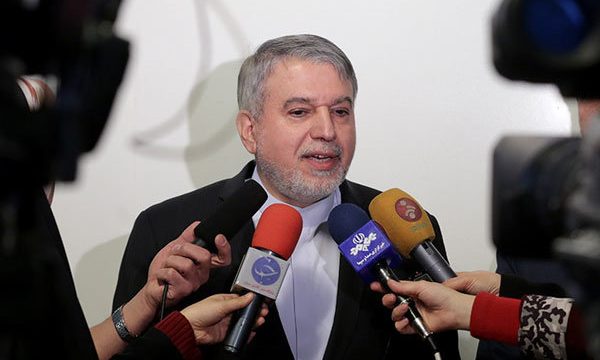 MNA – Iran’s Minister of culture and Islamic guidance attended the first conference of Asian Cultural Dialogues where he said that creating an optimal atmosphere for cultural interaction in Asia is a prerequisite for sustainable development.

“Experience shows that whenever relations between nations have been formed with a cultural focus, they have turned out to be stable, peaceful and developing,” he added.

Minister of culture and Islamic guidance stressed the necessity of arriving at a common understanding concerning mutual concerns and replacing monologue with dialogue, and called tolerance and welcoming different opinions the major mechanisms for multilateralism in cultural interaction.

“In cultural dialogues, finding similarities and overlaps becomes the high priority and if cultural interaction is built upon dialogue, it leads to mutual understanding between societies,” he added.

He highlighted the fact that without taking into account the concept of culture, development will be inefficient and said “creating an optimal atmosphere for cultural interaction in Asia based on the notion of cultural diversity is a prerequisite for sustainable development.”

He stressed that today, humanity makes the least use of culture and cultural dialogues as effective solutions to problems and asserted “extremist conduct and thinking cast their dark shadow on the world due to the lack of dialogue and cultural interaction among the elite, and unfortunately, conflict, extremism and violence have stricken regions that have once been the origins of culture and dialogue.”

He asserted that although cultural differences play major roles in the decisions adopted by countries, we should not ignore the advantages of cultural similarities which may lead to the deepening of challenges countries face.

Salehi mentioned Saadi, Hafiz, Rudaki, Rumi, Ferdowsi, Gandhi, Nehru and Iqbal as some of the hundreds of scholars who live in Asia and said “it is an honor to say that in dealing with foreign governments and nations, Iran has adopted an approach based on dialogue. This policy has been pursued both in our political interactions, the latest instance of which is JCPOA, and in cultural relations with other communities around the world and especially in Asia, which is one of the major priorities of the Islamic Republic of Iran.”